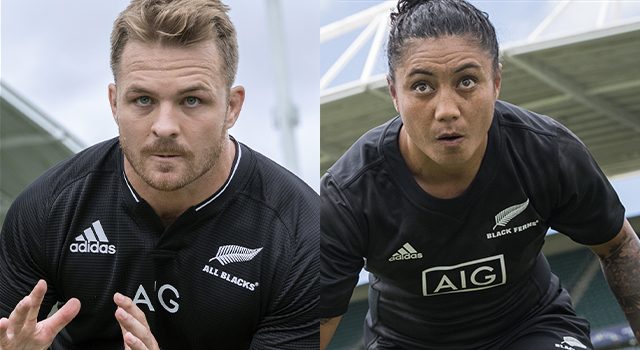 All Blacks, Chiefs and Bay of Plenty loose forward Sam Cane has recommitted to New Zealand Rugby, inking a new deal with his national union, Super Rugby club and province through to 2025.

29-year-old Cane has been a mainstay of the national game since making his professional rugby debut with the Gallagher Chiefs as an 18 year old in 2010 and made his All Blacks debut two years later. The 2015 Rugby World Cup winner has gone on to play for the All Blacks in 77 Tests (56 starts) and captained the team ten times. He has played 126 times for the Gallagher Chiefs.

Cane said he was stoked to be committing to New Zealand Rugby for four more years.

“My passion for the game, whether it’s playing for the All Blacks, Gallagher Chiefs or Bay of Plenty, is as strong as when I started playing, so it was an easy decision for me to extend my contract, and my wife Harriet and I are excited about what the future holds.

“I’m now looking forward to spending summer with my family and friends, and coming back ready go to again in 2022.”

All Blacks Head Coach Ian Foster, who selected Cane as his captain last year, said: “We are thrilled that Sam has made a long-term commitment to New Zealand Rugby.

“He’s an instrumental part of the All Blacks leadership group in his role as captain and I know that following a year in which he missed a lot of rugby with his significant injury, he is fully committed to being at his very best in 2022 and beyond, which is exciting.

“We’re delighted for him and Harriet.”

NZR General Manager Professional Rugby and Performance Chris Lendrum added: “We are blessed to have a person of Sam’s calibre playing in New Zealand and he has been an exceptional and loyal player since coming into the professional ranks as a young man.

“He’s one of the most respected players and voices in our game and all the teams that he has played for have benefitted from his outstanding play and leadership. We’re delighted that he has chosen to stay with New Zealand Rugby for four more years.”

As part of his contract, Cane has the option of taking a non-playing or playing break from the New Zealand game in 2024.

Gallagher Chiefs Head Coach Clayton McMillan said: “Sam is an exceptional player and highly respected leader, who has a great rapport with both coaches and players. He is passionate about the teams he is involved with and continues to demonstrate that through his ultra-consistent performances on the field.

“We are incredibly fortunate to have his services and look forward to seeing him continue to further his already impressive career.”

Chiefs Rugby Club CEO Michael Collins added: “Having Sam recommit for another four years is an outstanding result. We are incredibly proud of what Sam has achieved so far for the Gallagher Chiefs, All Blacks and Bay of Plenty. We are very much looking forward to seeing him on the field in Super Rugby Pacific in 2022 and beyond.”

Bay of Plenty Rugby Union CEO Mike Rogers said Cane had always been incredibly proud of his roots in the Bay of Plenty.

“When he has the opportunity, he goes out of his way to support rugby in the Bay and even when he’s not physically able to be present, he’s always engaged and prepared to offer his time and support in other ways.

“He made a massive contribution to our environment this year during the Bunnings NPC as he was returning from injury and remains a massive inspiration to the thousands of young male and female players that play rugby in Bay of Plenty.”