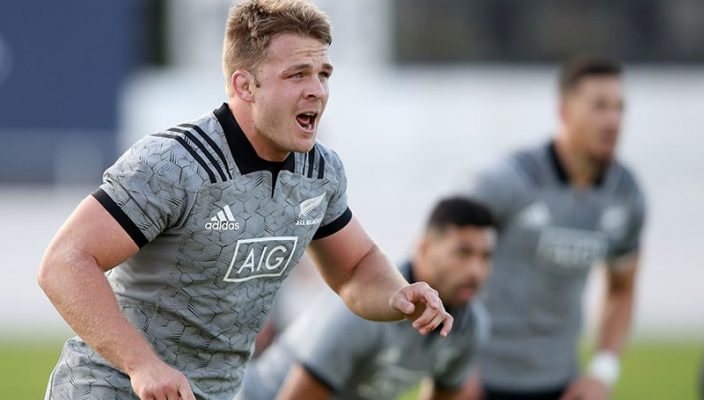 All Blacks loose forward and Chiefs Captain Sam Cane has been named as the new Captain of the All Blacks.

The news was announced on SKY Sport’s The Breakdown show tonight, with Cane succeeding Kieran Read who retired from the All Blacks after Rugby World Cup 2019.

A natural leader, 28-year-old Cane has played 68 Tests, including 48 starts, since making his debut against Ireland in 2012, aged just 20.

All Blacks Head Coach Ian Foster said he was delighted to name Cane as the new captain.

“Sam is an experienced All Black with eight years in the team now and is a ‘follow me’ type of leader and a very good thinker in the game. He has a natural ability to connect with everyone in the team and is straightforward and direct when he needs to be.

“There’s massive respect for Sam amongst the players and management, and he’s perfectly placed to lead the All Blacks into the future.”

Foster said while the All Blacks’ plans for this year were still being worked through due to the Covid-19 pandemic, there was an important role for the captain.

“We wanted to confirm Sam now because he’ll play a key role helping us plan for whatever the future looks like and will be working behind the scenes with the other leaders,” Foster said.

Cane said it was a “massive honour” to be given the captaincy.

“It’s a pretty exciting challenge really and as I’ve spent more time in the All Blacks and grown as a player, I’ve become a lot more comfortable being a leader in the team.

“The great thing about the All Blacks is that the leadership group is full of captains and experienced players already, so I’m just really looking forward to working closely with that group and doing my best to lead them and the rest of the squad.”

“My style as captain will be to not really change the way I do things. I’m just myself and will continue to be. I already work on building relationships, especially with the younger guys in the squad, and everyone else connected with the team, so that will continue,” Cane added.

“While we don’t know yet what the rest of the year looks like for the All Blacks, I’m looking forward to catching up with the coaches and other senior players as we firm up our plans.”

Mini biography – Sam Cane
Raised in the small rural Bay of Plenty community of Reporoa, Sam Cane has had an exceptional career since breaking into professional rugby as a teenager. He made his provincial debut for Bay of Plenty in 2010 at just 18 years old and his Super Rugby debut for the Chiefs the following year. In 2011, Cane was also part of the Junior World Championship-winning New Zealand Under 20 side, was the New Zealand Rugby Age Grade Player of the Year and was also nominated for International Age Grade Player award. He helped the Chiefs to the first of their back-to-back Investec Super Rugby titles in 2012 before making his All Blacks debut in June that year aged 20. A devastating tackler and scavenger, he has continued to take his game to new levels in recent seasons. He was co-Captain of the Chiefs for four years taking sole charge this year and has played 116 games for the club. In 2018 Cane fractured his neck during a Test against South Africa and faced months of recovery post-surgery before making a much-anticipated return to the Chiefs in 2019, helping the team through to the Quarter Finals. A Rugby World Cup 2015 champion with the All Blacks, Cane was also part of the RWC2019 squad.