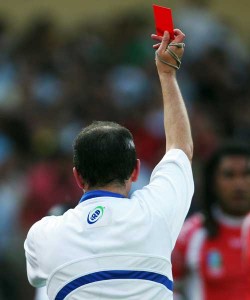 The Judicial Rules for the Super Rugby and Tri Nations competitions are set out in IRB Regulation 17 as modified by SANZAR.

In summary, a hearing will take place if a player is red-carded by the match referee, cited by the Citing Commissioner or receives three yellow cards in either the Super Rugby or Tri Nations competitions in any year.  At the hearing a Judicial Officer will consider in detail all the evidence and submissions put forward by the player. This may include video evidence, evidence from the player or other players, evidence from the match officials, medical evidence and legal submissions.

Having considered all the evidence relating to the particular offending and the circumstances of the player charged, a Judicial Officer imposes, in every case, what it believes is a fair and proportionate penalty in accordance with the rules.

Set out below are some key facts relating to the Judicial process for the SANZAR Competitions: