Sarel to play Currie Cup for the FS Cheetahs. 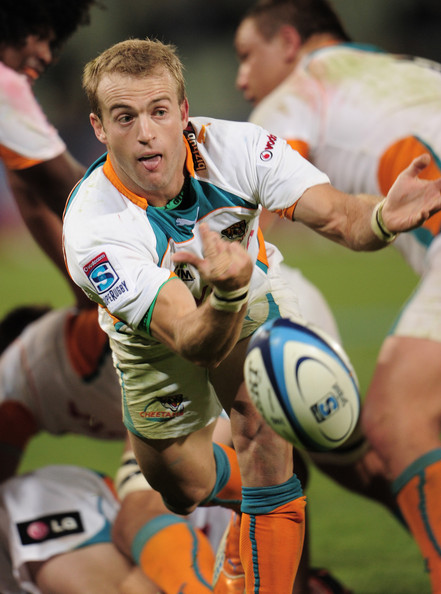 Bloemfontein – Sarel Pretorius has this afternoon announced that he will be playing for the Free State Cheetahs during the 2012 and 2013 ABSA Currie Cup seasons.

He is still contracted to play for the Sydney based Super15 franchise the New South Wales Waratahs. Sarel is arguably thee on form scrumhalf in South Africa and was without a doubt the top scrumhalf in the 2011 Super 15 competition.

Many feel he was very unlucky to be excluded from the Springbok squad this season. Especially considering he was one of the leading try scorers.

I personally believe that Sarel has made an extremely clever and wise move to sign for both the Waratahs and the Cheetahs. We are hoping he will spend a lot of time on his defence at the Waratahs. It’s the one area of his game that is lacking.

In my view, Sarel’s defence was the only reason he could possibly have been excluded from the Bok’s World Cup training squad. On paper, Pretorius topped the standings with the most missed tackles in the entire Super 15 compitition.

We are wishing him the all the best with his move from Kimberley to Bloemfontein, which is no doubt a massive loss for the Griquas.