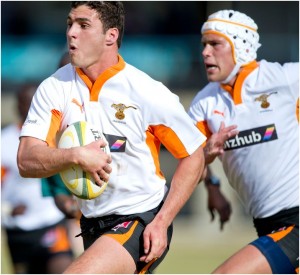 Fifty of South Africa’s best Under-16 rugby players have been selected to attend a High Performance Camp in Cape Town early next month, where they will benefit from interaction with some of the best coaches and other sport experts in the country.

The South African Rugby Union (SARU) selected the 50 players following the Grant Khomo Under-16 Week, the Coca-Cola Under-18 Craven Week and Under-18 Academy Week earlier this season. The invited players will attend the camp in Paarl from 2-9 October.

The national selectors under the leadership of Peter Jooste will also attend the training camp, after which an Under-16 Elite Squad will be selected. These players will be closely monitored and their wellbeing will be indirectly managed by SARU.

According to Herman Masimla, SARU’s Manager of Junior High Performance, training camps like these are important to identify good players early in an effort to help them develop properly with an eye on senior rugby.

“I have no doubt that some of these boys can go all the way to Absa Currie Cup, Vodacom Super Rugby and even the Springboks in years to come,” said Masimla.

“For us it’s imperative to identify them at an early stage of their careers, so that we can work with them and make sure they go through an important developmental phase in their careers. Apart from rugby specific training, we’ve also invited people like Henning Gericke and Shelley Meltzer to do sessions with the squad, as mental skills and the right eating habits are also very important as these boys develop.”

The squad will assemble in Cape Town at the Sports Science Institute Building in Newlands on Sunday 2 October, after which they will depart for Paarl Gymnasium, where they will stay for the duration of the training camp.