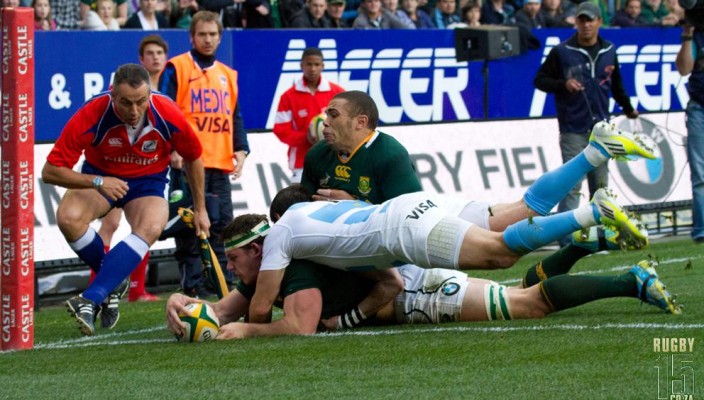 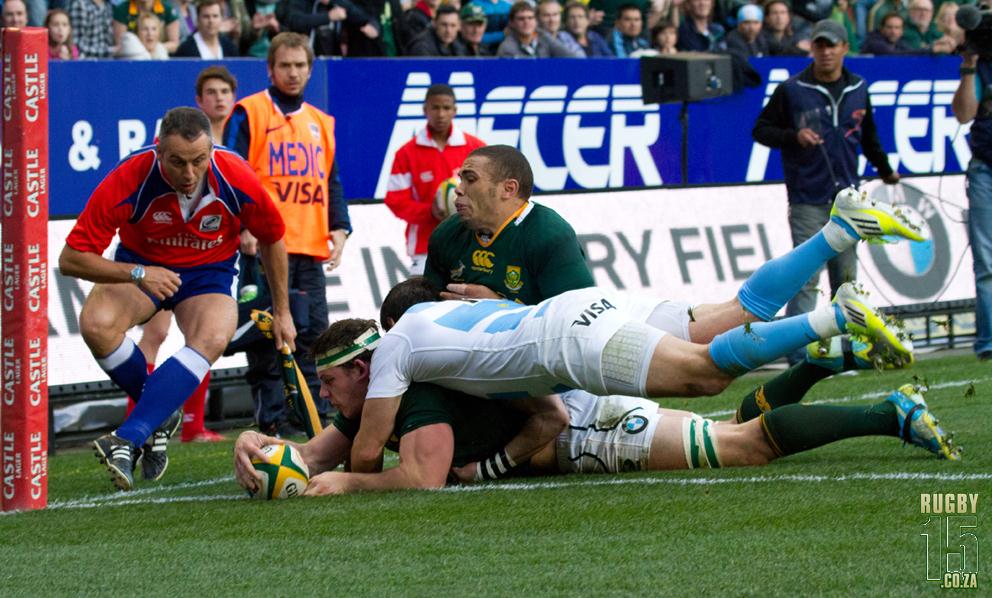 The Springboks will face their Rugby World Cup 2015 Pool B opponents, Scotland and Samoa (as well as Italy), in an innovative new tournament featuring double-header Test matches in 2013, the South African Rugby Union announced on Thursday.

Fans will be able to watch two Test matches for the price of one after a ground-breaking decision of the Executive Council (Exco) overhauled the way that Test matches are run in South Africa.

For the first time in Springbok history, Test matches will be solely hosted by the mother body.

The decision was taken by the Exco after consulting the 14 member provinces. The Exco also took the unique step of announcing the Test schedule for the next three seasons – featuring Tests in Nelspruit for the first time.

However, SARU cautioned that all matches were subject to conclusion of commercial terms with planned hosting venues.

“SARU was the only major union in world rugby that didn’t properly own its own Test matches,” explained CEO Jurie Roux. “The decision by the Exco now gives ownership to SARU.

“The key benefits will be in allowing us to plough a share of the profits back into all the provincial unions and, that by controlling the ticket office and all commercial activity in the stadium, we will be able to provide an experience for our stakeholders on a par with what we experience when playing overseas.”

Roux explained that the existing model had seen SARU effectively ‘sell’ Springbok Test matches to the major provinces. The Test-hosting unions paid a rights fee (the amount of which was dependent on the stature of the opponent) and then set ticket prices and kept all receipts as well as commercialising aspects of the match as they saw fit.

“This is a major change in how rugby is run and will present challenges,” said Roux. “But the major effect is that it has placed Springbok Tests in the ownership of the mother body, for the benefit of all rugby’s stakeholders.

“We are taking the Springboks to a new venue in 2013 and have an exciting new competition format for the June Tests – by coincidence against two of our Rugby World Cup opponents of 2015. We have also been able to map out a home fixture schedule for the next three years – something the provinces had also wanted.”

The new-look quadrangular tournament for 2013 is between the Springboks, their RWC 2015 opponents, Scotland and Samoa, as well as Italy.

The tournament – which will be played on a log basis over two rounds to determine finalists – will open at the Mbombela Stadium in Nelspruit on June 8.

The fixtures are*: Castle Incoming Tour

2015 Fixtures (no Castle Incoming Tour due to Rugby World Cup):

*Please note: All fixtures subject to the agreement of commercial terms with planned hosting venues.