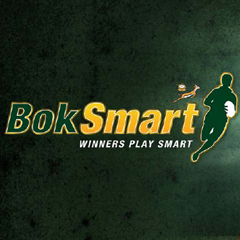 Coca-Cola Youth Week coaches have been called on to incorporate the BokSmart ‘Safe Six’ programme in their preparations for the tournaments which begin next month.

The BokSmart Safe Six programme was launched last year and identifies six targeted exercises to assist young players in preventing the most common injuries sustained in the tackle.

The exercises are well established clinical exercises that do not require any equipment, and have been brought together as the ‘Safe Six’ specifically for rugby players to assist in preventing the most common injuries suffered in the collisions.

The BokSmart Safe Six exercises are:

“Other than teaching, coaching, and practicing correct, effective and safe tackle techniques, injuries in the tackle are also preventable to some degree with the right physical preparation, such as with the ‘Safe Six’, said Jurie Roux, CEO of the South African Rugby Union (SARU).

“The South African Rugby Union is serious about injury prevention, which is why we have the BokSmart programme, duly sponsored by SuperSport, and its various initiatives.

“The BokSmart Safe Six programme is one of these initiatives to assist in injury prevention and I’d encourage all school, club and Coca-Cola Youth Week coaches to incorporate it into their programmes for the benefit of their players.

“These exercises are a great foundation for a young player and it’s important that players are exposed to them at a young age so that it becomes a regular feature of their warm-ups and their general physical preparation throughout their rugby careers.”