SARU name next intake for U16 High Performance Programme & Squad 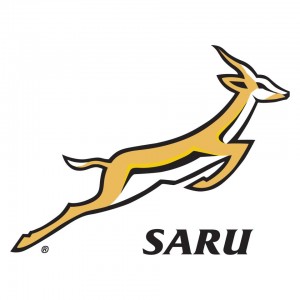 SARU name next intake for U16 High Performance Programme

Powerful centre Jan Serfontein, a 2012 Junior World Championship winner with the SA Under-20 team and the current IRB Junior Player of the Year, this year became one the first players to graduate from the SARU Under-16 High Performance programme to the Junior Springboks.

Fellow Blue Bulls and SA Under-20 team mate Marvin Orie (lock) is another product of this programme and followed the same pathway as Serfontein.

On Friday, 24 August 2012, SARU announced the next intake of Under-16 High Performance players when it named a group of 53 players for the camp in September in the Western Cape. This large group of Under-16 players was identified by the SARU National and SA School Selectors during the recent Coca-Cola Youth Weeks programme.

Another successful example of the programme is Handré Pollard, the SA Under-20 JWC winning flyhalf, who became the first schoolboy to represent the Junior Springboks.

Furthermore, Pollard also starred for the SA Schools in their recent 3-0 series win over the Under-18 teams of France, Wales and England. He also captained the SA Schools team in their last encounter against the English youngsters at the University of the Western Cape.

For the match against France U18, no fewer than 17 of the SA Schools match 23 attended previous Under-16 High Performance camps that are arranged by SARU annually during the September holidays.

Apart from Pollard, other schoolboy stars who have benefitted from this programme are SA Schools representatives Pierre Schoeman (captain and prop), identical twins Jean-Luc du Preez and Daniel du Preez (KwaZulu-Natal), the outstanding centre-pairing of Kubeka Sandile and Rohan Janse van Rensburg as well as right wing Sergeal Petersen of Grey PE. Petersen was also the standout wing during the 2012 Under-18 Coca-Cola Craven Week and a stalwart for the SA Schools in their recent junior internationals.

This year the next crop of promising schoolboy players will attend a training camp from 30 September to 7 October at the Paarl Gymnasium High School, where they will receive instructions from a range of nutritional, conditioning, coaching and mental skills experts.

Some of the experts who attended in the past were Allister Coetzee (DHL Western Province coach), Henning Gericke (former Mental Skills coach of the Springboks), Dr Wayne Viljoen and Clint Readhead (project leaders of the BokSmart injury prevention programme) and Shelly Meltzer (well-known Cape Town nutritionists).

Mervin Green, the SARU GM of Development, said the SARU Under-16 High Performance Programme is one of the key pillars in the development strategy to produce world class junior players for South Africa.

“Our pathway for the development of young players in South Africa include the Coca-Cola Youth Weeks, the Under-16 High Performance camp and the trials for SA Schools team. Our selectors work in close cooperation with the various SARU Development structures to identify players who show signs of early promise and then we get them into our system so we can track them and offer them advise on vital components such as conditioning, correct training, conditioning and mental skills programmes.

“Thanks to this programme we recently selected probably the strongest ever SA Schools squad and by the identification and early development of such a strong elite schools group we also provide the SA Under-20 squad with a bigger group of well-developed youngsters,” explained Green.

Fourteen boys from a squad of 23 who have attended one or both of the 2009 and 2010 JHP camps were selected for the 2011 SA Schools squad. Furthermore, 25 players out of a group of 50 young boys who were part of one or both of the 2010 and 2010 JHP camps intakes also gained selection to the 2012 SA Schools High Performance Squad.
“This level of consistency will be hugely beneficial to our rugby in the future because we are now able to monitor and develop a much larger group of emerging players at an earlier stage,” added Green.