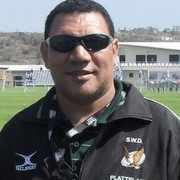 May 7 • General News, Vodacom Cup News • 3914 Views • 1 Comment on SARU shocked and saddened to hear of the death of Ronzio Merrington

Mr Merrington was killed in a crash outside Swellendam on Tuesday in which seven fellow Correctional Services colleagues also lost their lives.

“He was very successful and we will miss him tremendously,” De Vos said. “Mr Merrington had helped the SWD team to make the finals of the SARU amateur competition for the past three years.”

“It is going to be very hard to replace him, he was due to be nominated for a level three World Rugby course. He was responsible for the training and development of other coaches in our region. His death is a great shock.”

Hennie Baartman, president of SWD, said his death is a huge loss and big shock.

“He has this massive passion for rugby. He gave all his time to rugby and was very loyal to SWD Rugby. He took our team to great heights and made sure they played in the finals every year. His willingness to help schools and clubs in the Langeberg region for free in his own free time was well-known. He was someone you could count on.