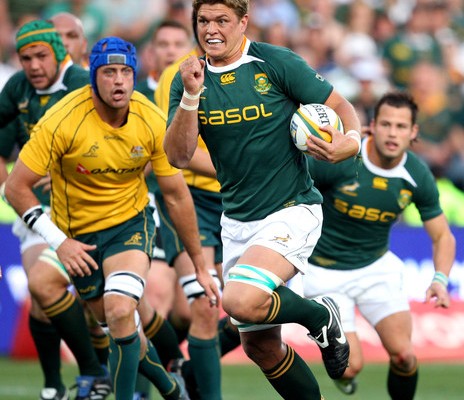 SARU thanks Juan Smith for services to rugby 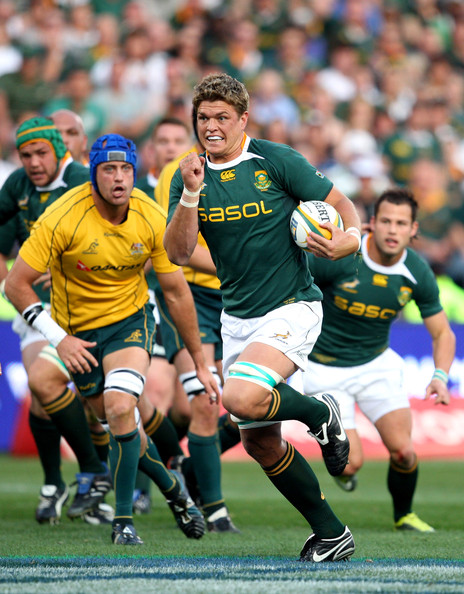 Juan Smith charging to the line against the Wallabies at Loftus. Photo by Getty Images,

The South African Rugby Union (SARU) on Tuesday thanked Springbok flank Juan Smith for his services to rugby and wished him well for his future, following his decision to retire from the game on medical advice.

Smith played in 69 Tests for the Springboks. He was part of the Rugby World Cup winning squad in 2007, won the Tri-Nations (2009) and was a member of the Bok squad that overcame the British & Irish Lions in 2009. In 2002, Smith was one of the stars of the South African Under-21 team that won the IRB Under-21 World Cup on home soil.

Smith also enjoyed success at provincial level with the Toyota Free State Cheetahs when they won the Absa Currie Cup in 2005.

“This is a disappointing day for rugby as we see one of the greats of modern Springbok rugby go into retirement,” said Oregan Hoskins, SARU President.

“Juan was a vital cog for every team in which he played and he will be sorely missed, not only by the Springboks, but also by the Cheetahs.

“As one of the hard men of South African rugby, Juan distinguished himself as someone that always put the team first. He wasn’t someone who looked for glory, but knew what was needed to get the job done. He never gave less than his very best.

“We wish Juan all the best for his future and hope to still see him involved in rugby in some way. Thank you for your great service to rugby in South Africa in the past 10 years.”

Smith injured his Achilles early in 2011 and underwent four operations in the past two years to correct the problem.

Although he featured in two Vodacom Super Rugby warm-up matches for the Toyota Cheetahs in the last fortnight, Smith made the decision to retire from all rugby with immediate effect on Monday.

Smith made his Test debut on 7 June 2003 against Scotland in Durban and played his last Test on 27 November 2010 against England at Twickenham. He played in two Rugby World Cup tournaments (2003 and 2007) and was also nominated as the SA Rugby Player of the Year in those seasons.