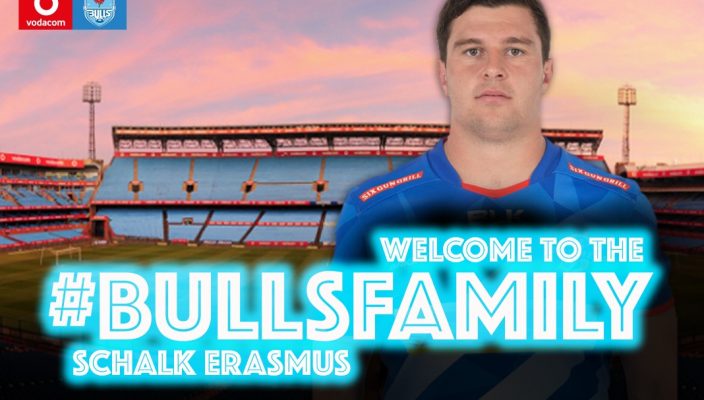 The Vodacom Bulls are excited to announce that DHL Western Province hooker, Schalk Erasmus, will make the move to Pretoria as of June 2020 or as soon as travel restrictions allow. He signed a three-year contract that will see him at Loftus Versfeld until October 2023.

Erasmus is no stranger to Pretoria as the 22-year-old dynamic front rower was schooled at Afrikaanse Hoër Seunskool (Affies) where he also represented the Blue Bulls at various age-group Craven Weeks and the SA Schools team in 2016 before opting to study at Stellenbosch University where he tasted FNB Varsity Cup glory with FNB Maties in 2018 and 2019.

His star continued to rise in 2018 as he made the trip to the World Rugby U20 Championship in France where he helped the Junior Springboks claim a bronze medal.

The following season would be the year that Erasmus was promoted to senior rugby as he made his Currie Cup debut off the bench against the Tafel Lager Griquas while also turning out for DHL Western Province in the SuperSport Rugby Challenge.

Erasmus thanked his former team for the memories while touching on his move North.

“I enjoyed my time in the Cape. Memories made and a few rugby goals of mine ticked off but I’m excited for something different and I believe Loftus is the place for the experience. I’m looking forward to getting stuck in with my new #BullsFamily as soon as possible.”