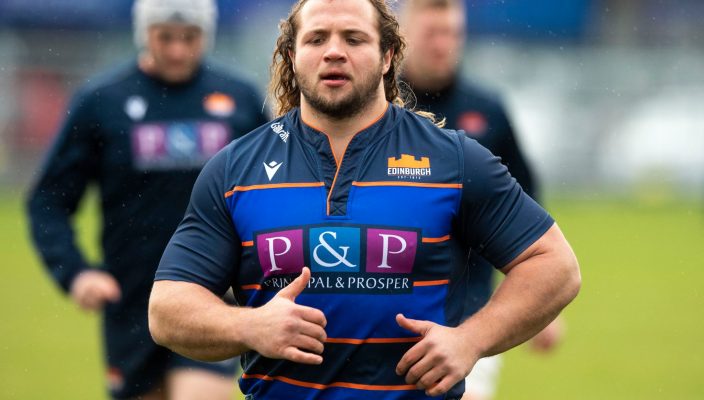 Edinburgh Rugby have been handed a huge boost with the re-signing of loosehead prop, Pierre Schoeman.

The 25-year-old South African – who has been a key member of Richard Cockerill’s squad since joining the club from Blue Bulls in the summer of 2018 – pens a new deal that sees him commit his long-term future to the capital club.

On committing his future to the club, Schoeman, said: “I’ve very excited to stay in Edinburgh. It’s been a year and a half since I arrived and I’ve enjoyed it so much.

“It’s a very professional and hard-working team and I’m incredibly excited for a long future at the club. The environment here brings the best out of me.

“It was a really easy decision for me. Scotland is a beautiful country and for me and my wife, we want to build a future here. I can’t wait to contribute to the success of this team.”

Cockerill, added: “We’re delighted that Pierre has re-signed. He typifies the culture and attitude of Edinburgh Rugby.

“He’s a good man who works hard every day and it shows that we’re building an environment that people want to be part of.”

Schoeman made his Edinburgh debut away to Ospreys in August 2018 and scored his first try for the club in the following month’s 17-10 home victory over Connacht.

An abrasive ball carrier with a high work-rate across the park, Schoeman’s standout performance against Glasgow Warriors in last December’s 1872 Cup second leg win at Scotstoun saw him pick up the Guinness Man of the Match.

The prop finished his maiden campaign at BT Murrayfield with two tries in 23 appearances, while his on-field form saw him named Edinburgh Rugby’s Best Newcomer and Player of the Season at the club’s annual end of season awards.

Schoeman now pens a long-term deal that will see him remain at the heart of the capital side’s pack.