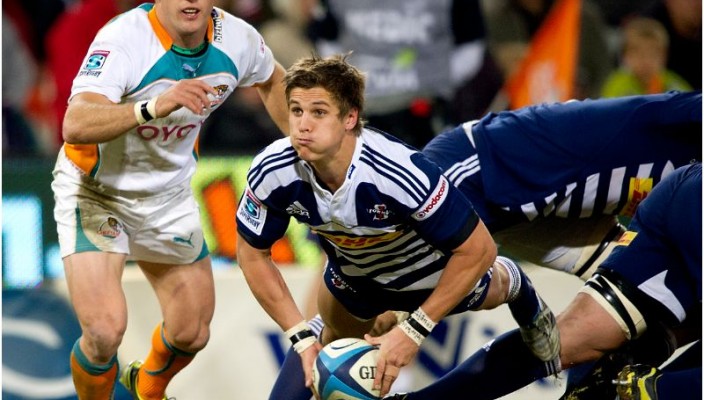 DHL Western Province scrumhalf Louis Schreuder has been called up to the Springbok squad in the place of the injured Francois Hougaard.

The uncapped Schreuder is the second scrumhalf replacement in the Springbok squad in three days, following Piet van Zyl’s call-up for Jano Vermaak, who injured his hamstring in the 44-10 victory over Italy in Durban last Saturday.

Hougaard was sent for scans and a specialist opinion in Pretoria on Tuesday to assess a knee injury he picked up during Vodacom Super Rugby, which flared up again during training in Hazyview on Monday. He felt some discomfort and mild swelling in his right knee and was withdrawn from the afternoon training session.

The specialist opinion was that Hougaard be withdrawn from the squad currently preparing for the second Test in the Castle Lager Incoming Series, on Saturday against Scotland at the Mbombela Stadium in Nelspruit.

“At this stage Francois doesn’t require surgery but will be re-evaluated in two weeks’ time to see if the injury has settled sufficiently for him to resume playing,” said Springbok team doctor Craig Roberts.

Springbok coach Heyneke Meyer said: “Losing two No 9s in such a short space of time is obviously a setback, but I’ve always rated Piet van Zyl and Louis Schreuder as two of the best young scrumhalves in South Africa.

“Piet’s attitude has been fantastic since he joined us on Sunday and he’s worked hard on the training field and off it, making sure he gets to know and understand our plays as quickly as possible. He’s been playing great rugby for the Toyota Cheetahs and I have a lot of confidence in him.

“Although Louis has not officially been part of our set-up yet, he has helped out at two of our training camps in Cape Town before, so coming into the squad will not be all new to him,” said Meyer.

The team to play Scotland at Mbombela Stadium this weekend will be named on Wednesday afternoon.