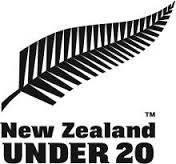 Canterbury Head Coach Scott Robertson has been appointed as the forwards coach for the New Zealand under-20 World Cup campaign in 2014. He will assist head coach Chris Boyd of Wellington and backs coach Leon McDonald of Tasman.

Canterbury Rugby CEO Hamish Riach says this is a well-deserved appointment for Robertson, who coached the Canterbury team to its sixth consecutive ITM Cup Premiership title this season.

“Scott is a highly skilled coach who has made a huge contribution here in Canterbury. He has been involved in all of Canterbury’s last six successful ITM Cup campaigns, first as Forwards coach, then Assistant coach and finally Head coach this year. We are very proud of him and know that he will have just as positive an influence on the New Zealand Under 20s team,” Mr Riach said.

Robertson’s playing career included playing in the Crusaders sides for the Super Rugby triumphs of 1998-2000 and in 2002, and being in the Canterbury sides which won the NPC first division title in each of the 1997 and 2001 seasons. He played 23 tests for the All Blacks, scoring four tries. As well as his coaching roles with the Canterbury side, he has been the head coach for Sumner Rugby Club.

Roberston is currently at the first development camp for the NZ under-20 squad in Palmerston North and says he is already enjoying the new challenge.

“The young talent here is incredible. It is an honour to be working with New Zealand’s emerging rugby talent and helping them to develop at this crucial stage in their playing careers. It is also fantastic to be working alongside Chris Boyd and Leon McDonald, two coaches that I have a huge amount of respect for. I have no doubt that I am going to learn a lot from them both, which will help my own development as a coach and ultimately benefit Canterbury Rugby as well,” Robertson said.

The final squad will be announced in May 2014 and the World Cup will be held in Auckland in June 2014.