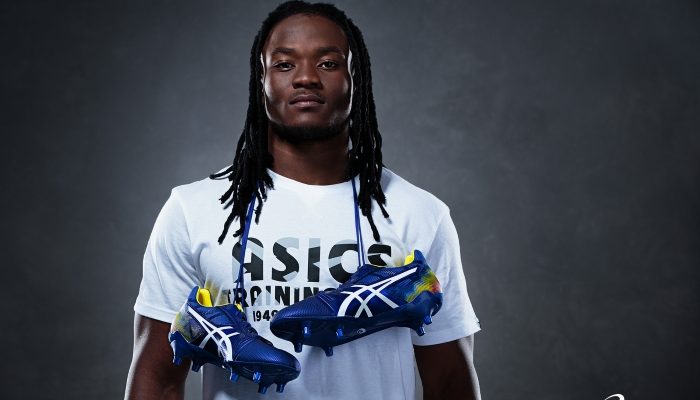 May 30 • General News, Sevens Rugby • 1160 Views • No Comments on Senatla keen to add to Blitzboks effort

Springbok Sevens winger, Seabelo Senatla, found the Blitzboks squad pretty much as he left it in March to pursue his fifteens dreams, when he re-joined them last week to prepare for the last two tournaments of the HSBC World Rugby Sevens Series.

The flyer and record try-scorer for South Africa returns to sevens duties this weekend, having last played in Hamilton, New Zealand (the fourth of ten tournaments) and said the return was an easy one, as he immediately felt at home again with the Blitzboks.

“It was easy coming back, this family always stayed family and I watched them play when I was away,” the player admitted.

“I am not going to try and change anything this weekend,” said Senatla about the forthcoming pool D clashes with Russia, Samoa and Canada at Twickenham Stadium on Saturday.

“I know what my job is. I want to thank both coaches in my rugby set-up, the DHL Stormers coach, Robbie Fleck, for allowing me do come back to the sevens and to coach Neil Powell, for wanting me back and giving me another opportunity to serve my country. I owe both of them a good performance, as both made sacrifices for me.”

The leading try-scorer in Blitzboks history is keen to get going at the HSBC London Sevens.

“There are small adjustments to be made, but thanks to my team mates and coaches, I believe things will go well. I am keen to get back on the field with these guys,” Senatla said.