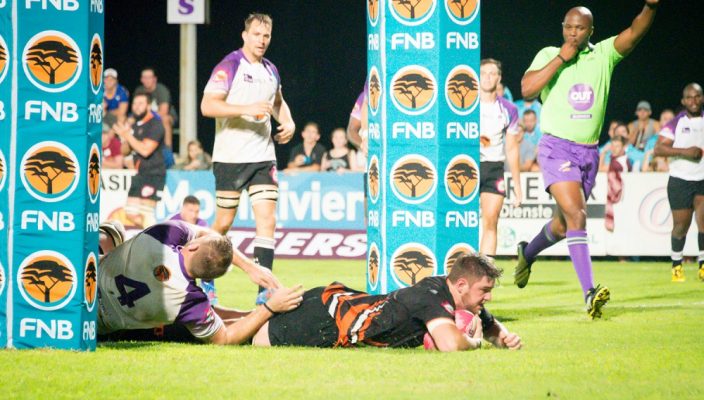 University of Johannesburg rugby coach Werner Janse van Rensburg is happy with his team’s progress in the Varsity Cup, but acknowledges there are some serious challenges ahead.

The Johannesburg outfit have suffered two losses in three matches to date, their latest reversal being a narrow 18-15 result against NWU-Pukke on Monday.

It was a match which ended with the television match official ruling that UJ had not crossed for a try in the dying seconds of the game, which would have given them victory.

Janse van Rensburg said while they were disappointed in the final outcome, the squad knew it was something they had to overcome.

“There were a lot of positives from Monday’s game and the biggest thing is that we have progressed since the beginning of the competition,” he said.

“Obviously we are now reaching a stage where that progression has to become increasingly accurate. If that happens then everything is on track, but we have a crucial clash on Monday.”

UJ travel to Bloemfontein to take on Free State University, who are lying third on the log, with three wins from four encounters. They have lost only to the unbeaten Stellenbosch side.

Janse van Rensburg said they would face a different outfit from the side they met in a friendly prior to the competition.

“Shimlas have been in exceptional form during this campaign and have improved a great deal.

“Besides Maties, they are one of the best-looking teams in the competition and they seem to have sorted out their stuff properly.“So it’s another big occasion. But we are gradually improving and if we improve another 10%, we can give them a good go.”

One of the most pleasing aspects for the UJ mentor was their set phases, which improved during the game against Pukke, helping them to almost snatch victory after trailing 18-3.

“We definitely did better in the set phases towards the end of the first half and throughout the second half,” he said.

“When we kept the ball we looked really good, but unfortunately we had one of those evenings where a lot of things just seemed to go against us.

“Finishing the job on the night was a bit of an issue, but at least we got into a position where we created opportunities against good opposition. That was a big positive for us.”