Sharks slip to last minute loss against Chiefs in Durban 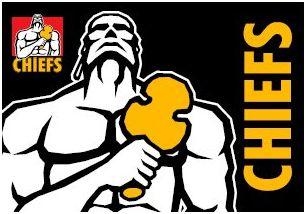 The Sharks started off the Super14 campaign on a disappointing note by losing to the Chiefs in a rainy and slippery Durban. Chiefs flyhalf Stephen Donald sunk a last-minute penalty to give his team a dramatic 19-18 win over the Sharks in their Vodacom Super 14 match in Durban on Saturday night.

With the lead having changed hands several times in the last five minutes, the Chiefs were given the dramatic penalty by referee Keith Brown a minute after he awarded the Sharks a similar kick which looked to have given the home side victory.

Attractive running rugby was made impossible by the slippery conditions and constant rainy weather. The game was marked by a lot of kicking – and a lot of penalties! While the Sharks will be disappointed with the loss, they will also have to cast an eye on their own discipline after captain John Smit and hooker Bismarck du Plessis both received yellow cards, and Willem Alberts was lucky not to receive one for an off-the-ball shoulder charge. It is unfortunate that 2 of the most experienced Sharks players were guilty of being yellow carded.

The Chiefs can regard themselves as fortunate not to have a player yellow carded who was laying on the surface and kicked out at a ball in the hands of Rory Kockott. With the boot of Rory Kockott — who scored all 18 points on the evening, and the defensive prowess of winger JP Pietersen, the Sharks kept their nose in front for most of the game.
Pietersen twice stopped certain tries with exceptional tackles — the first when he grappled Mike Delany close to the line and the second when he forced Tim Nanai-Williams out in the corner before he could dot the ball down.

But even the winger couldn’t stop the Chiefs a third time, and caught in defence five metres from his own line, Pietersen was pinned for holding onto the ball. Chiefs captain Liam Messam took the quick tap, and the eventual movement down the backline ended with midfielder Jackson Willison easily crossing the chalk.

Donald, who scored 14 points on the night, put over the conversion to take the lead for the first time in the match with only three minutes left on the clock. Then from the restart, the Chiefs were penalised for obstruction when Richard Kahui impeded a chasing Ryan Kankowski and Kockott retook the lead with his sixth penalty.

The Chiefs were rampant from the restart and took the Sharks ruck on, disrupting the ball with Kockott fumbling under pressure. Steven Sykes picked up the ball in desperation and was in front of his scrumhalf, giving away the match-winning penalty.

Donald stepped up to silence the shocked crowd, snaffling another away victory in a dramatic first weekend of 2010 Super 14 rugby.

[Information also credited to a story by Brenden Nel on SuperRugby]