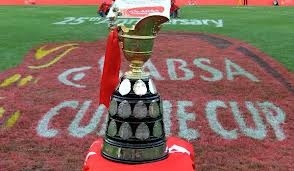 The Sharks and DHL Western Province will have home semifinals in sight when they take to the field in the penultimate pool round of the Absa Currie Cup Premier Division this weekend.

With the round-robin stages almost at a close The Sharks and Western Province need to win only one of their two remaining matches to ensure that they secure the home semifinals, or alternatively, the MTN Golden Lions have to suffer a defeat.

Further down the log three teams still harbour realistic hopes of finishing in the top four alongside the Sharks and Western Province, which will set the scene for a nail-biting round.

GWK Griquas, meanwhile, are expected to put their bodies on the line in the hope of avoiding the wooden spoon and resultant promotion-relegation playoffs after winning only one of their eight matches so far this season. But with the Vodacom Blue Bulls six points ahead on the log table, Griquas need to win both their matches, while the Blue Bulls have to suffer defeats without bonus points in order to prevent finishing last.

Vodacom Blue Bulls vs The Sharks

In Pretoria, form and history will favour The Sharks, who come off three back-to-back victories and who have won six of the last eight matches between the sides dating back to the 2010 competition. But the Vodacom Blue Bulls also come off a morale-boosting 52-10 victory against Griquas and will be aware of the fact that another defeat could dash their semifinal hopes. The forward battle is expected to take centre stage given the quality of both team’s forwards, however, should the match open up it could be thrilling as they both boast exciting backs. The Blue Bulls, in particular, will have to maintain a similarly high standard on defence to that which they displayed last week and protect their ball in contact to prevent The Sharks from using their impressive attacking skills to dominate proceedings.

Blue Bulls coach Pine Pienaar made three changes to the starting team that thumped Griquas with Springbok wing Bjorn Basson named on the left wing after being released from the national team, while hooker Bongi Mbonambi and prop Frik Kristen replace Bandise Maku and Werner Kruger respectively. Basson’s presence, in particular, will serve as a welcome boost with the team under pressure to win to stake a claim for a semifinal berth. The Sharks, meanwhile, have named veteran looseforwards Jean Deysel and Jacques Botes in their loose trio alongside captain Keegan Daniel, while they welcomed back Springbok flank Marcell Coetzee from the national team and back Louis Ludik from a well-deserved rest. The clash will mark special milestone for Daniel, who will earn his 100th Currie Cup cap, and Botes, who will match Helgard Muller’s record of 142 Currie Cup matches.

The Toyota Free State Cheetahs will back themselves to beat GWK Griquas in Kimberley given the team’s recent rise in form, which has guided them to a victory against the Lions and saw them being denied a victory against Western Province last week through a last-minute drop goal. Griquas, meanwhile, will be under immense pressure as they come off a disappointing season and have their backs against the wall. The Kimberley side, in particular, will have to be more disciplined at the breakdowns, while the Cheetahs will look to protect their ball better after conceding a bunch of turnovers at crucial times last week. Griquas’ defence will also have to be solid to prevent the Cheetahs from using their flair on attack and strong forwards, who have a knack at off-loading in the tackle, which has proved effective for them this season.

Cheetahs coach Naka Drotske made two changes to his side for the clash, with wing Raymond Rhule taking over from the injured Riaan Smit, while lock Francois Uys will start in the engine room alongside Lood de Jager. Griquas coach Pote Human also made a few changes to his team, with prop Nico Pretorius replacing Ewald van der Westhuizen and former Kings lock Dalton Davis replacing Rory Arnold who drops to the bench. The other change is at flank where RJ Liebenberg starts in place of Burger Schoeman.

The clash in Cape Town is expected to be tight given the high quality of rugby displayed by both teams this season. Interestingly the MTN Golden Lions are the best attacking team in the competition, while DHL Western Province are second-last on the list. But despite this the Cape side have won six of their eight matches this season. With pin-point Western Province goal-kicker Demetri Catrakilis named at flyhalf and equally consistent goal kicker Kurt Coleman on the bench, the Lions will have to remain disciplined to prevent the home team from keeping the scoreboard ticking. The breakdown battle featuring Lions captain and flank Derick Minnie and his WP counterparts Deon Fourie and Schalk Burger, in particular, is expected to be exciting given their ability to play to play to the ball.

Western Province coach Allister Coetzee made four changes to his team for the clash, which features a new starting halfback pairing of scrumhalf Louis Schreuder and flyhalf Demetri Catrakilis, while flank Rynhardt Elstadt has recovered from injury and reclaims his place in the loose trio. This resulted in Michael Rhodes moving to lock. Lions coach Johan Ackermann has made two changes to his team, which sees Chris van Zyl start at lock and Warren Whitely start at No8 after recovering from a hip injury.