Sias Ebersohn starts at flyhalf for the Toyota Cheetahs 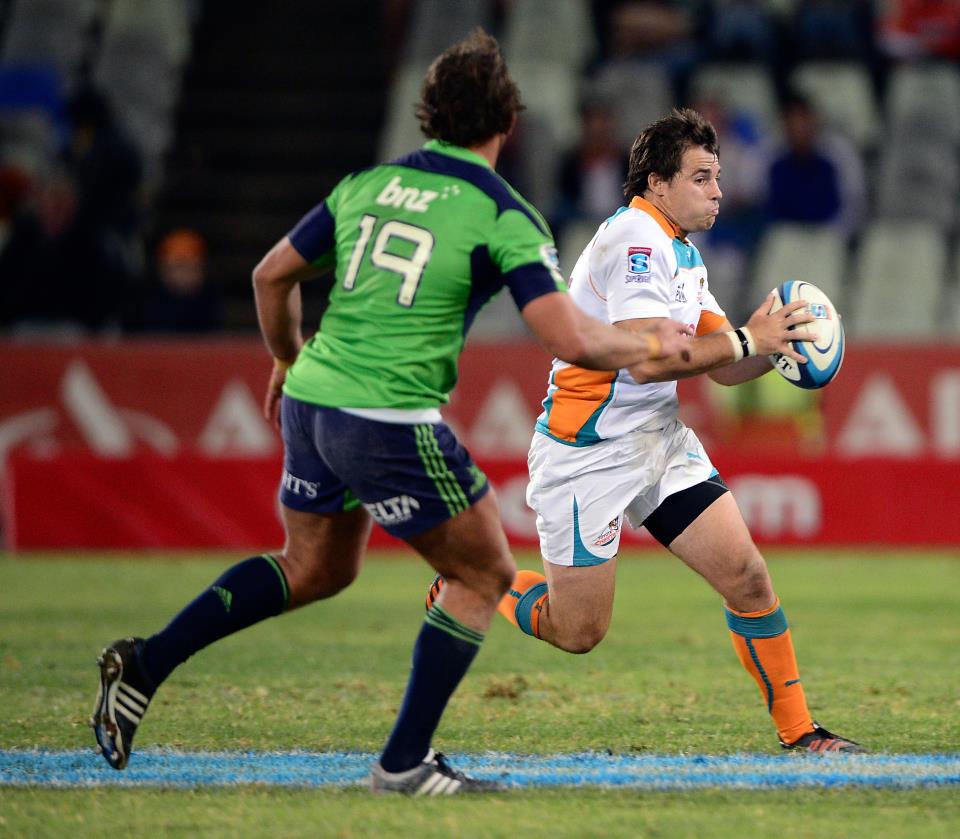 Sias Ebersohn on attack against the Highlanders, starts in the number 10 jersey in the place of the injured Johan Goosen. Photo by Rugby15.

Morgan Piek – Naka Drotske this morning named a fairly unchanged side to take on the Western Force in Bloemfontein on Saturday night.

Riaan Smit who is no stranger to Super Rugby comes into the side on the bench in the place of the Toyota Cheetahs kingpin, Johan Goosen. Goosen picked up a shoulder injury when he went over to score a try in the right corner against the Highlanders this past Saturday.

Indications are that Goosen will be out of action for the next four months. Riaan played at wing the entire season last year, however lately he has been playing at flyhalf in the Vodacom Cup and has fared fairly well in the number 10 jersey.

In one other change, George Earle will start again this weekend in the place of Andries Ferreira who moves to the bench.

This weekend the Toyota Cheetahs will be facing off against fellow strugglers the Western Force from Perth, Australia. Although the Force is no great team by any stretch of the imagination, it would be really foolish to write them off and expect the game to be a walk in the park.  They have been able to notch up some impressive victories this season against much more fancied opponents.

The Force in their own right have a few problems, with the main one being they are touring South Africa without a couch. Their former coach got the axe a few weeks ago after announcing that he will leaving the Perth based franchise and move to the other side of the continent to join the Queensland Reds in 2013. He was immediately relieved of his duties.

Own might think playing against a team without a coach is a bonus, but as the Toyota Cheetahs backline coach Hawies Fourie rightly said this morning it’s a catch twenty-two situation. Fourie said the following: “It can both destroy a team and totally disrupt them, or it can force the team to unite and gel, making them a tougher opponent.”

We all are well aware that Sias Ebersohn is a quality player despite his curtail blunder against the Highlanders. Ebersohn now has the perfect opportunity to score some points and get his confidence going ahead the Toyota Cheetahs massive game against the DHL Stormers in Cape Town next weekend.

The Toyota Cheetahs side is as follows: