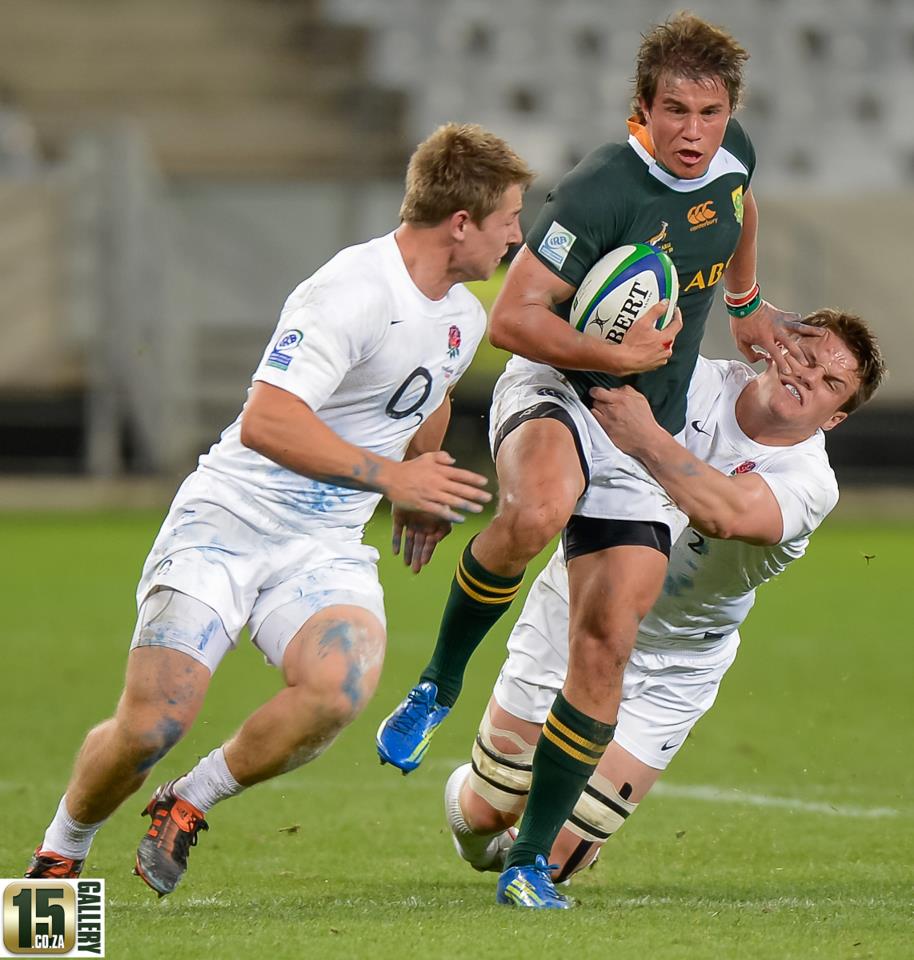 William Small-Smith who made a massive impact for the BabyBoks will be missed by South Africa during the Final. Photo by Anton Geyser /Rugby15.

The Junior Boks announced on Monday that William Small-Smith has suffered a knee injury and has been ruled out of Friday’s IRB Junior World Championship 2012 against New Zealand.

The midfielder injured ligaments in his side’s 35-3 semi-final win over Argentina on Sunday and will be out of action for at least three months. His place in the squad will be taken by Dean Hammond from DHL Western Province.

Hammond was in South Africa’s original squad for the tournament, but suffered a hamstring injury in their final warm-up match and was ruled out because of that.

“We are again in a very fortunate position that we can bring in a player that has been with the team for a long time and can slot in immediately,” head coach Dawie Theron said.

“We feel for William, as he was a real stand-out and proved a very inspirational leader, but injuries are part of rugby and we can only wish him a speedy recovery.”

The other injury concern is Paul Jordaan, who has a hamstring strain. Theron said a final decision on him would be made later in the week following a fitness test.