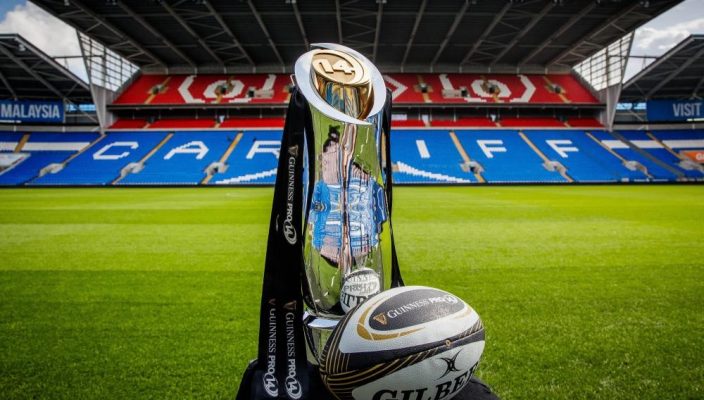 Toyota Cheetahs coach Franco Smith will look to sign off his spell in Bloemfontein on a high note on Friday by continuing their unbeaten run in the Guinness PRO14 against Munster, while the Isuzu Southern Kings have emphasised the importance of rounding off their point-scoring chances when they meet Ulster in Port Elizabeth on Saturday.

The Toyota Cheetahs will go in search of their third successive victory when they take on Munster at the Toyota Stadium in Bloemfontein at 18h15 on Friday. The Isuzu Southern Kings will be hunting their first win this season when they cross paths with Ulster on Saturday at 16h00.

Smith, who guided the Free Staters to two Currie Cup titles and the Guinness PRO14 playoffs in their opening season (2017/18), will wrap up his reign on a high note if his charges beat Munster, who are also unbeaten after two rounds, before handing over the coaching duties to Hawies Fourie.

Smith stood in during the opening rounds of the competition while Fourie recovered from an operation. His next coaching role will be as the new head coach of Italy’s national team.

“For me it was always about good people, who make good players,” said Smith.

“If rugby is that vehicle, then that was the one dealt to me. Through experience and the way I see the game, I was able to contribute over the last six years and create a platform.

“We wanted to play a good brand of rugby – a brand we could win and entertain with, and one people in the town and the stands could associate with. We wanted to create role models and heroes in society, and everyone I worked with here were exceptional people.

“They always went out there and gave their hearts on the field, and I never doubted their commitment. They measure themselves on a very high standard, and as a coach that is the biggest thing. There was always 100 percent commitment week after week even though we didn’t get the results.

“Regardless of what happens in the game, I can only thank them for buying into the game plan.”

Against Munster, Smith will come face-to-face with a coach he knows very well, South African Johann van Graan, whom he worked with at the Springboks in 2017. Despite Munster having 12 players at the Rugby World Cup, Smith believes the visitors have already shown how dangerous they are.

“At the beginning of the season, they are a bit more disrupted than Ulster was and they have a bunch of new names,” said Smith.

“Knowing Johann very well, I know he is trying to blood a lot of players because he will need them again during the Six Nations.

“I am sure he wants to test the depth in his squad, and there are some unknown names in their side, but they are a very organised and well-coached team. We know each other well, and he knows my philosophy.”

In Port Elizabeth, the Isuzu Southern Kings will be looking to draw inspiration from the Toyota Cheetahs’ big win over Ulster last week when they meet at the Nelson Mandela Bay Stadium on Saturday.

But Isuzu Southern Kings assistant coach Vuyo Zangqa says his charges need to find a way to convert the chances they create into points and become more clinical in their play.

“We looked at all three teams in our opening games, and when we looked at the Cardiff Blues, we knew we could beat them, but we fell short,” said the former Blitzbok speedster.

“We also knew Munster was going to be tough, but we were too slow to get out of the blocks.

“This week, we are hoping that the Toyota Cheetahs’ win against Ulster will give our boys a little more confidence and belief that we can do it. We analysed them and we know what they are going to bring, so we need to make sure we are more clinical in this game.”

Zangqa called for more focus and patience from his side to exploit the attacking opportunities that present themselves.

“At the end of the day the Isuzu Southern Kings haven’t won a game yet,” said Zangqa.

“We don’t want to talk about last season, but we have seen some growth.

We need to be more clinical because we were in the 22 four, five times and we didn’t convert, and it comes down to patience and focus. We took that forward in training this week, and hopefully we will get result this weekend.”