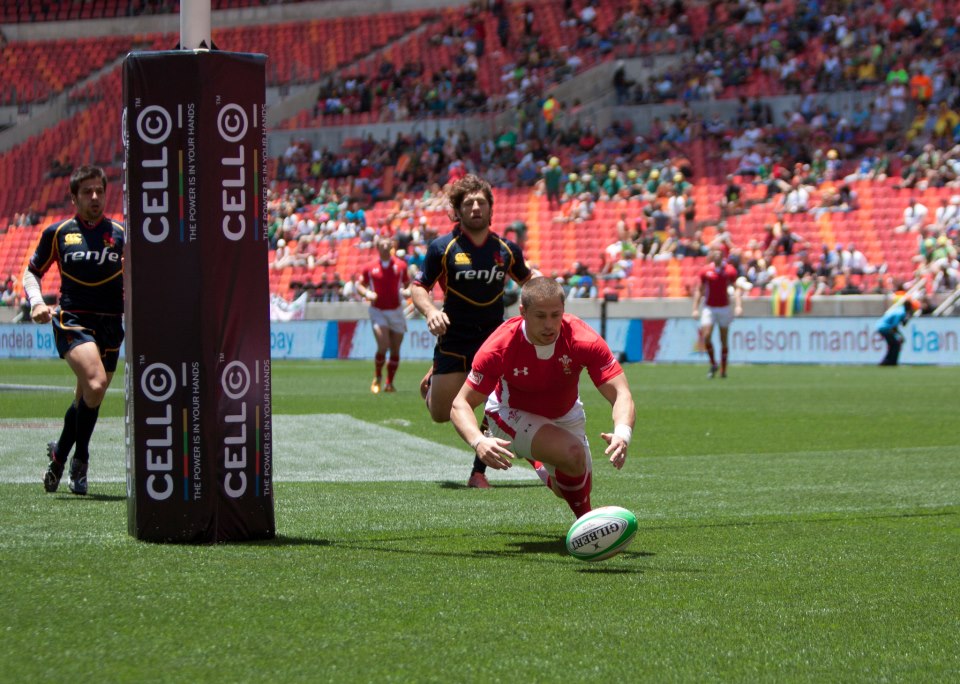 Wales Sevens coach Paul John has made two changes to his squad which picked up two Plate titles in Dubai and Port Elizabeth in the HSBC World Series.

Richard Smith has been recalled while Bridgend speedster Luke Morgan is brought in to the squad for the first time. Cory Allen, who will feature for Wales Under 20 in the forthcoming Six Nations championship, and Ifan Evans (hamstring) drop out of the squad.

Round 4 of the HSBC Sevens World Series kicks on in Wellington’s Westpac Stadium tomorrow before moving on to Las Vegas the following weekend.

“Training has gone really well over the past four or five weeks since coming back from South Africa and the boys are keen to get going in New Zealand,” said John.

“We’ve made a couple of changes but with the likes of Iolo Evans and Sam Cross pushing for places back at home, we’ve got real competition for places.

“Luke played well for Wales Under 20s last year on the wing and I’m looking forward to seeing how he goes at this level as he has got plenty of pace and has the potential to hurt teams with it.

“We’re in a tough pool alongside South Africa, Samoa and Canada. South Africa may be without a couple of key players but they are in fourth place overall for a reason so they will be tough while Canada and Samoa have both strengthened their squads since the last round in December.

“But we’re looking for consistency in performance and want to try and build on the last two rounds where the boys picked up two Plates – hopefully we can take heart from those efforts and make the quarter-final which is always out aim.”

After three of the nine rounds in the 2012/13 HSBC Sevens World Series, defending champions and Wellington hosts New Zealand lead the standings on 60 points ahead of France (46), Gold Coast champions Fiji (44), South Africa (41) and Dubai champions, Samoa (39) while Wales are lurking in eighth position with 31 points.