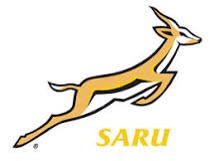 South Africa was ready, willing and eager to host the 2023 Rugby World Cup, a delegation representative of rugby, sport and government confirmed at the conclusion of a two-day briefing session held in London by World Rugby.

South Africa was one of five nations – the others being Italy, France, USA and Ireland – who attended the session with a view to bid for rugby’s global showcase.

“It was an extremely useful session and has redoubled our determination to bring the tournament back to South Africa for the first time since 1995,” said Jurie Roux, CEO of SARU.

“The fact that our delegation included South Africa’s sports minister and the leader of all our sports federations shows how serious we are about compiling a Bid that will be irresistible to World Rugby.

“We know there will be stiff competition, having bid for the past three tournaments to be awarded, but we also know we have a compelling offering for the world game and its followers: a tournament set against a backdrop of a stunning landscapes in magnificent stadiums against a passionate and knowledgeable audience. We believe there is no other ‘tour’ like a South African rugby tour and we want the world to experience it once more.”

Minister Mbalula told World Rugby that he wanted to underline the very important but simple message that South Africa was ready and eager to host the Rugby World Cup in 2023.

“Rest assured that the South African Bid will not only tick all the technical boxes but it will also be backed by an inter-ministerial task team that will have the capacity an power to meet every need of the tournament,” he said.

“In 2023 it will be 28 years since South Africa and rugby created an iconic tournament that had the world in thrall. We are a changed nation, but let me assure you that South Africa still has the capacity to produce a financially successful tournament in locations that resonate on a global stage and with the added potential to grow rugby’s footprint on the African continent.”

World Rugby Chief Executive and Rugby World Cup Limited Managing Director Brett Gosper said: “Rugby World Cup is one of the world’s biggest and best-loved sporting events and a major player in the global sporting marketplace. England 2015 is set to be a very special and record-breaking Rugby World Cup and will be the biggest and probably the best to date.”

Rugby World Cup Tournament Director Alan Gilpin added: “We are delighted with the strong level of serious interest from unions and governments in Rugby World Cup 2023 at this very early stage, which highlights the enormous hosting appeal of Rugby World Cup as a low-risk, high-return economic, social and sporting driver and we welcome further dialogue as the process progresses.”