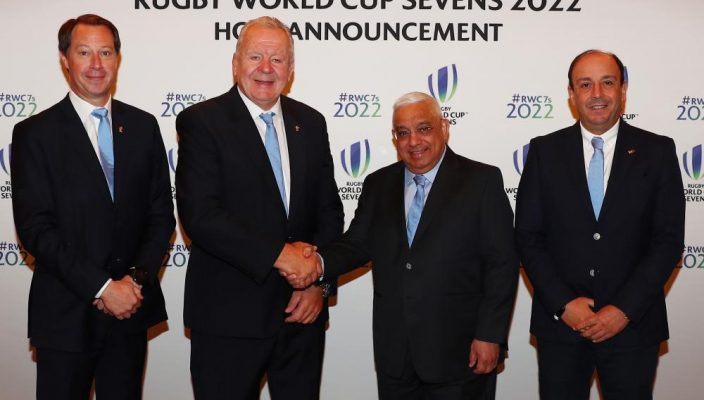 South Africa will host Rugby World Cup Sevens 2022 after the World Rugby Council awarded the hosting rights for the premier tournament to South Africa at its Interim Meeting in Tokyo today.

In September 2022 the eighth edition of the showcase event will take place in Cape Town in what will be the first time that Rugby World Cup Sevens has been hosted on the African continent.

The world’s best 24 men’s and 16 women’s rugby sevens teams will take to the field at the Cape Town Stadium in Green Point where they will compete for world champion status over three days of exhilarating action.

The 55,000-capacity stadium is the same venue that has hosted the hugely successful HSBC Cape Town Sevens since 2015, and for the first time this year will host both men’s and women’s teams across three days of competition as part of the new-look HSBC World Rugby Sevens Series.

The 2022 tournament follows an exceptional Rugby World Cup Sevens 2018 in San Francisco which attracted a record attendance for a rugby event in the USA of more than 100,000 fans as well as a huge domestic broadcast audience of more than nine million viewers.

The three-day event, hosted at AT&T Park, generated a US$90.5 million economic contribution to San Francisco (Nielsen Sport) and saw both New Zealand’s men’s and women’s teams retain the title.

The awarding of the tournament to South Africa comes after an initial record of 11 unions – Argentina, Cayman Islands, France, Germany, India, Jamaica, Malaysia, Qatar, Scotland, South Africa and Tunisia – confirmed an expression of interest to the international federation.

World Rugby Chairman Sir Bill Beaumont said: “Congratulations to South Africa on being elected Rugby World Cup Sevens 2022 hosts. We were impressed with South Africa’s detailed and comprehensive bid and we look forward to working in partnership with them on another inspiring and record-breaking tournament.

“South Africa have a proven track record of delivering a sell-out event in the HSBC Cape Town Sevens, which is an esteemed tournament on the world series and will be of huge value to the planning and execution of Rugby World Cup Sevens 2022.

“About to make its second appearance on the Olympic Games programme at Tokyo 2020, rugby sevens is an innovative and thriving format of the game that has enormous appeal, and we are excited about the positive impact that another successful Rugby World Cup Sevens will have on our sport.

“We would like to thank all of the unions who expressed an interest in hosting this growing event and hope to welcome them back to bid for future events as rugby sevens continues to go from strength to strength.”

SA Rugby CEO Jurie Roux added: “We’re delighted that South Africa and Cape Town has been confirmed as hosts for Rugby World Cup Sevens 2022. We have been eager to host global rugby tournaments for a number of years and to have the flagship event in the growing sport of sevens come to South Africa is exciting.

“We saw how the sport engaged the audience in San Francisco last year and we are certain that it will be just as big a success in Cape Town. The HSBC Cape Town Sevens has established itself as a rugby bucket-list tournament in the past few years and we’re sure that international visitors to the event will experience a great tournament at an ideal rugby venue in a fantastic city.”

The appointment of Rugby World Cup Sevens 2022 hosts falls at the beginning of an Olympic season for rugby sevens as the sport prepares to make its second Olympic Games appearance at Tokyo 2020.

Rugby sevens made its Olympic Games debut at Rio 2016 when the sevens format provided a captivating showcase for the game that saw its fan-base increase by almost 17 million in six key territories, with Tokyo 2020 expected to unearth an estimated 30 million new fans worldwide (Nielsen).

Rugby World Cup Sevens 2022 will be played during September of that year considering the international calendar, including the HSBC World Rugby Sevens Series and the Commonwealth Games that will take place in Birmingham, England, in July 2022. Competition dates will be confirmed in due course.