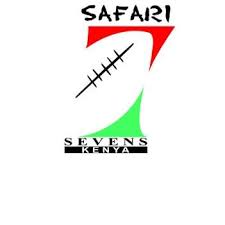 South Africa tripped up in final of Tusker Safari Sevens

South Africa lost 19-14 to Kenya’s Morans team in the final of the Tusker Safari Sevens at RFUEA Grounds in Nairobi after a slow start in the first half saw the visitors concede 19 points against the locals.

The home side, consisting mainly of the Kenyan HSBC World Rugby Sevens Series squad, scored three tries in a six-minute spell, with the SA side falling off tackles they were making earlier in the tournament.

When they finally found some zest in their play, two late tries by Luwi Mngadi and Cameron Hufke followed, but the home crowd was already celebrating.

Earlier in the day, the SA squad outplayed KCB Rugby 31-14 in the Cup quarter-finals, while they had too much guile for Shujaa, winning their semi-final by 19-5.

Springbok Sevens assistant coach, Renfred Dazel, who took charge of the squad for this trip, said afterwards the defensive effort in the final was way below their standards.

“We played really well leading into the final and especially against the Shujaa, we really did well and that ticked a number of boxes,” said Dazel.

“We needed a physical tournament like this and got it, so from that point of view it was worth the trip for us. The new guys also showed some guts in the second half of that final, but that was too late for us. We were playing catch-up from the start and that is never ideal.”

Hufke was one of four players who travelled with the squad for the first time, with the others – Christi Grobbelaar, Darren Adonis and Andrew Kota – all showing glimpses of what is to come.

Angelo Davids also got the nod for Dazel for his performances at hooker, where he moved to before the tournament.

“It was a good experiment and I think it worked out well for him. He did well in that position and will improve even more no doubt,” Dazel said.

“Christi was also learning what tournaments are all about, having trained with us all season, but only now playing in a tournament with us.”

Selvyn Davids, Siviwe Soyizwapi and Impi Visser were afterwards named in the Team of the Tournament.