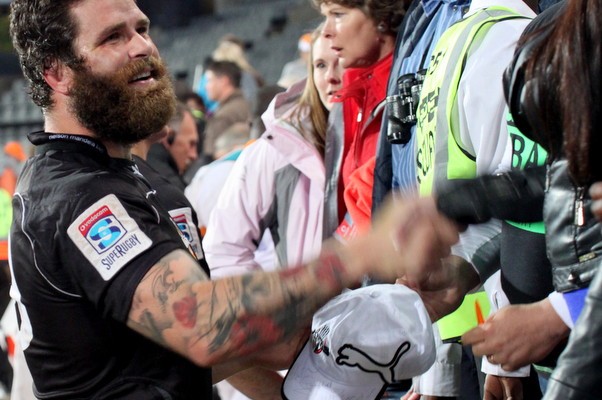 Southern Kings skipper, Luke Watson, has been ruled out for the rest of the 2013 rugby season, following an injury to his ankle.

Watson, who was assessed by one of the foremost ankle specialists in Cape Town yesterday [SUBS: Tuesday 25 June 2013] will have to undergo an operation to his ankle, followed by months of rehabilitation.

“He will have to be operated on and he will be out for six months,” said Director of Rugby, Alan Solomons at the team announcement.

Solomons announced that Centre Andries Strauss was likely to captain the Kings for the rest of the season, while lock Darron Nell would be the deputy for the Bulls’ match at the weekend, in the absence of the injured Steven Sykes.

Solomons said he believed the Eastern Cape outfit would be able to handle the absence of Watson after several setbacks prevented him from playing for much of the year.

“Luke is an excellent player, and an excellent leader, but unfortunately this season, Luke has just had a litany of injuries. He’s just had really bad luck. The first half of last year he didn’t play, then at the end of last year he hurt his ankle against the Leopards in the semi final [of the Currie Cup],” Solomons said.

“He suffered a throat injury against the Western Force and the ankle has still been worrying him. The consequence is that, through no fault of Luke’s, he has just not been able to play much rugby this year.”

“So what has happened is that the team has had to play without him, and Andries has had to step into the breach and has done a magnificent job, and we are fortunate to have guys like him and Darron here,” he said.

Solomons said that Watson’s presence would be missed.

“Of course we miss him, but we have had to play a lot of the Super Rugby without him as a necessity because of his injuries,” he said.

Centre Ronnie Cooke turned over an ankle in training this week, but he has been named in the team and Solomons said he was sure he would be fit for Saturday’s clash. However, in the event that Cooke was not able to play, Waylon Murray would be called up in his place.

Solomons also announced that Michael Killian would be returning to wing.

“Michael comes in on the right wing, he is now completely over his injury problems, and this presents a real opportunity for him to play. He is a local boy and it’s great to have him back. I know he’s champing at the bit to play,” he said.

Solomons said that neither young star Sergeal Petersen nor Siyanda Grey had been selected for the squad, as concerns over their respective injuries still lingered.

“Siyanda and Sergeal were not considered. The medical staff feel that they should not be rushed back. That said, Sergeal is coming along nicely now and took part in [yesterday’s] practice session and seemed to be running a lot more freely, which is a big positive,” he said.