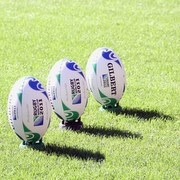 The top platteland rugby players from the Southern Regions will take to the field in provincial colours this week as they receive a rare opportunity to represent their provinces at the SARU Southern Sub-Union tournament in Margate.

The competition runs from Monday to Friday and features eight provincial teams made up of the best non-contracted players registered to non-premier league clubs of the southern-unions. These teams are Free State, Griquas, Eastern Province, Boland, Western Province Disas, SWD, Border and the KZN Wildebeest XV.

This tournament is one of two sub-union competitions hosted annually. The Northern Sub-Union competition was hosted in Kempton Park in July, with hosts the Valke being crowned the champions.

Unfortunately last year’s event ended prematurely due to rain, resulting in no 2012 winner.

The Free State and Griquas will battle it out in the opening match on Monday, while Eastern Province takes on Boland.

In the closing matches, 2011 champions Western Province Disas meet SWD and the KZN Wildebeest XV line up against Border.

The second round of matches will take place on Wednesday, and the final round on Friday, with the results of each day’s play determining which teams will meet in the next round.