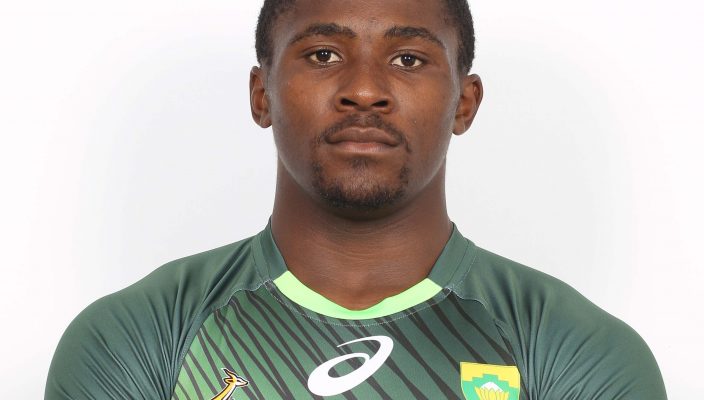 His debut visit to the HSBC New Zealand Sevens in Wellington as a Blitzboks rookie in 2017 was an emotional one, as the team were crowned the tournament champions, but Springbok flyer, Siviwe Soyizwapi, has no illusions about the task ahead on his second visit to the country.

The tournament has moved on from New Zealand’s capital to the FMG Stadium Waikato, and Soyizwapi, now 20 tournaments; 101 matches, 310 points and 62 tries wiser, is keen to have a first run at the new venue.

He missed the inaugural tournament in Hamilton last year due to a knee injury, but feels the team’s philosophy and processes should remain the axis for their pursuit to be the best they can be.

“We need to stick to the standards we set for ourselves in the past. That made us successful before, so that should be part of our mind-set and journey,” said Soyizwapi, who made his Blitzboks’ debut in Hong Kong in 2016.

South Africa has done well in recent years, winning in Wellington in 2017 and finishing as losing finalists in 2018, but with no less than four players making their Hamilton debuts, it will not be plain sailing.

“We have a number of new combinations here,” Soyizwapi noted, “and it will be important for those to find each other early. We trained well together in Stellenbosch, so we should be good to go once we to take to the field.”

Impi Visser, Dewald Human, Selvyn Davids and Soyizwapi will all run onto FMG Stadium Waikato field for the first time.

“This trip is always challenging, as there are different time zones involved. We also have a number of guys coming back from injury, but we have managed to overcome that in the past,” the winger concluded.

The Blitzboks will face Kenya, France and Scotland in pool C of the competition.