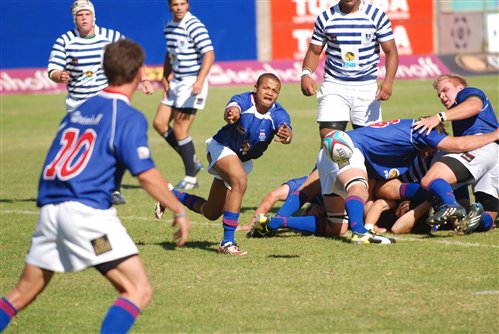 Special rules for the Varsity Cup 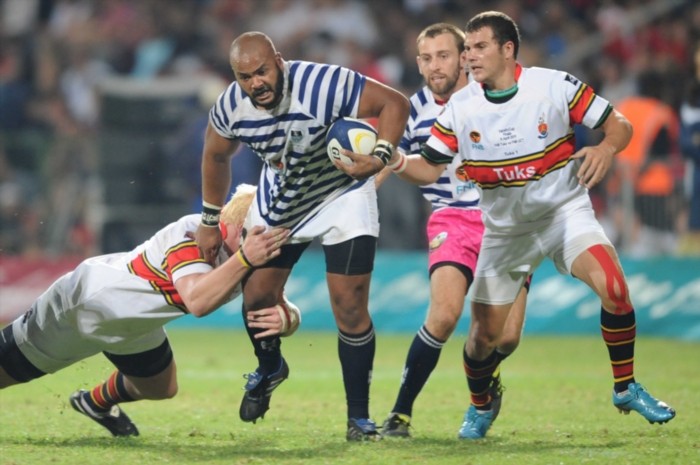 The Varsity Cup Rugby competition will – once again – lend itself to experimentation, with the importance of tries being the major focus ahead of the 2012 tournaments.

Varsity Cup Rugby, which now consists of the FNB Varsity Cup presented by Steinhoff International, the Varsity Shield, the Varsity Young Guns and the Steinhoff Koshuisrugby Championships (four ‘properties’ in all), will be trialing a new points-scoring system in 2012 – an experiment which could revolutionalise rugby union.

This means that four penalties or four drop-goals will equal to one converted try on the scoreboard, putting the emphasis back on tries to win matches… and, ultimately, trophies.

Varsity Cup Managing Director Duitser Bosman explained on varsitycup.co.za: “Our intention with this trial is to cement a culture of try-scoring in the various Varsity Cup Rugby properties. After all, rugby is about entertainment… and tries are entertaining.

“At the same time, however, the importance of the kicker must always be respected and that’s why we have increased the value of the conversion – giving teams something of a ‘bonus’ to aim towards.”

The Varsity Cup, which first began in 2008, is no stranger to experimentation – both in terms of law changes and off-field fun – and Bosman added: “The Varsity Cup has added tremendous value to South African rugby and we’ve always been up for experimenting – as we did with the white cards and the ELVs.

South African Referees Manager André Watson expressed his delight at this latest trial – despite being aware of the hard work that lay ahead for everyone involved.

“We have a great relationship with the Varsity Cup when it comes to trialing and experimenting with good ideas,” said Watson, “but, as usual, this trial involves plenty of hard work. We will be keeping dedicated statistics and monitor the results as the tournament goes along.

“There is a possibility that we could pay a price somewhere along the line in a bid to create more tries, but we will be having a briefing with the various Varsity Cup Rugby coaches and referees in late January and we will have to up-skill everyone and we aware of the potential pitfalls.

“The key, however, is that you’ll never know something until you try it. One would think this experiment would definitely lead to more tries… but you’d also imagine that a few more penalties will be conceded on purpose… the exciting part is that we’ll soon see for ourselves how this works out.”

Ikey Tigers head coach Kevin Foote, whose team will be defending their title come 2012, is also excited as this new change could benefit the Capetonians who are renowned for their try-scoring exploits.

“Everyone loves to see loads of tries scored,” said Foote, “and UCT have always been a team keen on giving the ball air and (thereby) reaping the rewards; rewards which are now that much greater with a possible eight points up for grabs (as a converted try).

“Of course, winning remains our only priority and we need to ensure we retain our discipline on both attack and defence throughout – no matter how many points are at stake.”

The 2012 Varsity Cup Rugby season gets underway on Monday, January 30 with the Varsity Shield, followed by the Cup and Young Guns the following Monday (February 6) and the Koshuisrugby Championships on February 13.

The fixtures for all 2012 Varsity Cup Rugby tournaments can be found on www.varsitycup.co.za.