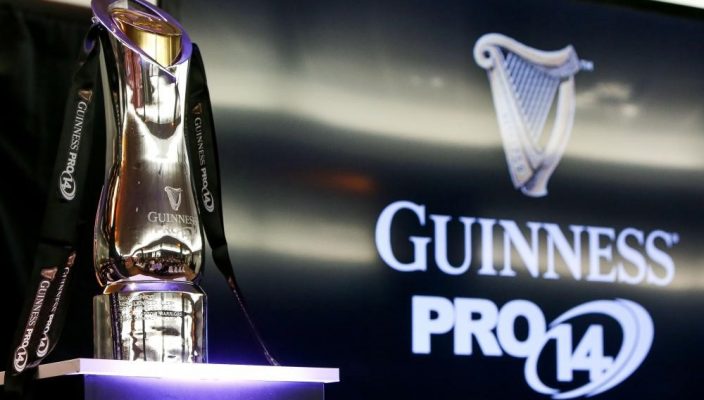 Sparks are set to fly when speedsters Rabz Maxwane and Yaw Penxe turn up the heat in Saturday’s Guinness PRO14 derby between the Toyota Cheetahs and Isuzu Southern Kings in Bloemfontein, especially considering a nail-biting finish between them a fortnight ago, and exciting victories last weekend.

One of the main battles is expected to be between Toyota Cheetahs flyer Maxwane, who is in first position on the top-try scorer’s list with 10, and the Isuzu Southern Kings’ Penxe, whose match-winning try against Edinburgh increased his tally to six.

Penxe’s team-mate Bjorn Basson and the Toyota Cheetahs’ Shaun Venter are hot on their heels with five tries each, which could also make them marked men, while the battle between the teams’ star goal kickers, Masixole Banda (Isuzu Southern Kings) and Tian Schoeman (Toyota Cheetahs), who are among the top eight points’ scorers this season, is also expected to be exciting.

The last time the two teams met, the scores were tied on 17-17 when they entered the last 10 minutes of their derby in Port Elizabeth, and it took a try in injury time by the Toyota Cheetahs to seal the win.

The Free Staters are on a hot-streak of three successive wins, which has nudged them within seven log points of Ospreys and Connacht, who are in third and fourth place respectively on the Conference A log.

These rewarding results have bumped them into a position to possibly play their way into the quarter-final for the second season in a row, as the top three teams in each of the two conferences will make it through.

Conference A leaders, Munster and the Glasgow Warriors, have a 17 and 15 point advantage respectively on the table, but with eight pool matches remaining for the South African teams (including Saturday’s match) the Toyota Cheetahs will have all the motivation they need to continue powering their way up the standings.

The Free Staters will enter the match with a flawless win record against their Eastern Cape counterparts – which currently stands at played four, won four – but after having to dig deep in the dying minutes at the Madibaz Stadium two weeks ago to sneak through for a win, they will not underestimate Deon Davids’ charges.

The fact that the Isuzu Southern Kings’ 25-21 victory against Edinburgh last week was preceded by an encouraging stretch in which they suffered four defeats by seven points or less in their previous five matches, is another reason the Toyota Cheetahs will be wary of them.

Should the Toyota Cheetahs register a victory, it will mark the first time they win four in a row in the Guinness PRO14 since joining the competition in the 2017/18 season.

The clash kicks off at 16h00 at the Toyota Stadium.