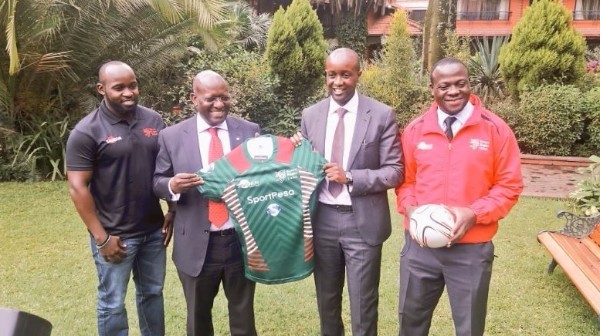 KRU Chairman Richard Omwela, addressing the press in Nairobi said, “We are pleased with the partnership we have forged with SportPesa. Our sevens team has time and again proven that they are world beaters and with SportPesa’s input, they can scale even greater heights . 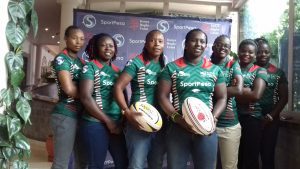 With this support, our players and management team can stay focused on their continued growth and success both on and off the pitch. “

Omwela further said, ” There is a reason Rugby is referred to as a family , Thus we would like to mention our associate Kenya 7s partners in Safaricom, KBL, General Motors, Dasani and Tatu City, We truly appreciate their collaborative support in sustaining long-term development of the game. ”

Omwela also paid tribute to outgoing shirt sponsors Kenya Airways, saying, “ We appreciate the support that Kenya Airways have accorded the Kenya Sevens team and the Kenya Rugby Union in general. It has been invaluable and has gone a long way in raising the team’s stock on the global stage, We continue to work with our national airline closely as the promotion of their destinations through Rugby is key to our travelling fan base and Kenya as a sports tourism destination. ”

SportPea CEO, Ronald Karauri, in his remarks, said, “SportPesa is pleased to be the shirt sponsor of yet another remarkable team on Kenya’s sporting scene- Kenya 7s. It is an honour to be this deserving team’s main sponsor taking after our esteemed national airline Kenya Airways which has done a commendable job so far. Kenya 7s has made this country proud, most notably in April when they lifted the main cup title at the Singapore Sevens, they’re first ever cupped title win of the World Rugby Sevens series, 17 years after making their debut on the series. In September the boys further proved their greatness by lifting the Safari Sevens cup title here in Nairobi. I believe with our support the team will scale even greater heights  to become a source of pride for the nation to further cement the country’s status in the region as a sporting powerhouse. We look forward to a fruitful partnership.”