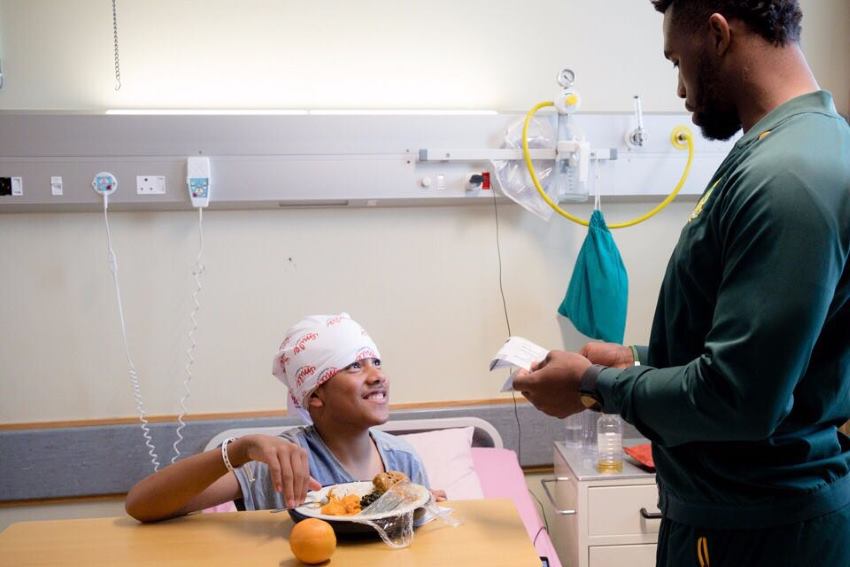 Springbok coach Allister Coetzee and his coaching staff shared their rugby knowledge and experience with more than 60 club and schools coach at the Nelson Mandela Bay Stadium in Port Elizabeth on Wednesday.

Earlier in the day, Springbok flanker Siya Kolisi visited several young patients in the local Provincial Hospital as part of the Smile Foundation Outreach programme, while several Boks also spent some time reading to Walmer Primary school learners as part of a ‘Boks for Books’ activation.

The two-hour session was moved indoors because of the persistent afternoon rain, with the coaches taking turns to speak about their areas of expertise and also to demonstrate some important areas of play, with the help of the players who were present.

“Today was a historic day for the local coaches of Port Elizabeth and surrounding areas, with the gathering giving them a unique opportunity to interact with the Springbok coaching staff,” said Adonis.

“It was a fantastic opportunity for them to gain some unique insights into what is happening on the coaching front at the national level. The group consisted of local schools and club coaches in the Eastern Province region, as well as a mixture of several Eastern Province provincial coaches.”

Coetzee said he and the Bok coaching staff enjoyed the time out with the local coaches: “We agreed straight away to come out and participate and to share some of our knowledge with the schools, club and provincial coaches and it was fantastic to see the excitement, passion and eagerness to learn.”

The coaches’ seminar was one of the several events on Wednesday as Port Elizabeth gears itself for the weekend’s opening match of the 2017 Castle Lager Rugby Championship between the Springboks and Argentina in the Friendly City.

Kolisi visited patients and interacted with the Provincial Hospital staff in a surprise visit as part of the Foundation’s Smile Week awareness programme.

The Smile Foundation is a non-governmental organisation with a comprehensive health care vision for children living with facial conditions. Smile Foundation together with the country’s Academic Hospitals works together to put the smile back on children’s faces with corrective facial reconstructive surgery and treatments.

“The foundation is doing great work to make a meaningful change in people’s lives. Visiting the kids was just a small gesture to give them some support ahead of their operations, which I am sure will change their lives significantly,” said Kolisi, who also surprised some patients with tickets to Saturday’s Test between the Springboks and the Pumas.

Several players took part in the hugely popular “Hoot if you #LoveRugby” activation during early-morning traffic at one of the busy city intersections. The players held aloft #LoveRugby posters promoting the Test, while also handing out some tickets to the game to some extremely happy motorists.

Kolisi and Jesse Kriel visited the Umhlobo Wenene radio station as part of the Test promotions, while Coetzee popped into the Algoa FM studios.

Elton Jantjies, Bongi Mbonambi, Trevor Nyakane and Courtnall Skosan were all present at the Boks for Books visit at the Walmer Primary School, where they read some books to the young learners as part of the Boks’ educational awareness campaign. 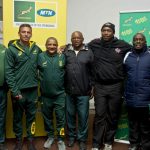 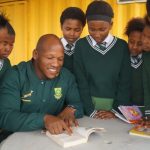