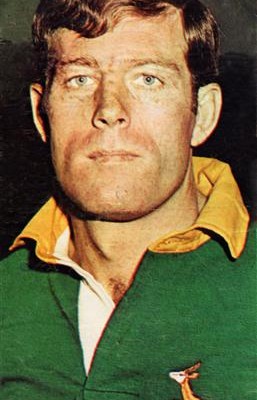 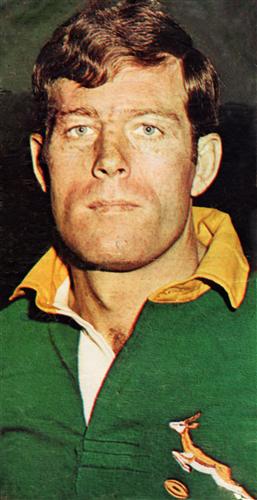 The South African Rugby Union on Friday expressed its deep sadness at the passing of legendary former Springbok looseforward, Jan Ellis. The one-time joint record holder for the number of Springbok caps succumbed to cancer at a hospice in Pretoria after suffering from the disease for some time. He celebrated his 71st birthday in January.

Jan Ellis ranks as an all-time Springbok great and one of the outstanding loose forwards of his era. He played in 38 of the 39 Tests that the Springboks played between his debut in 1965 and his final test in 1976. Had he played in the professional era his 12-season career would have resulted in a century of Test appearances.

“Our condolences go to Jan’s family and his friends,” said Mr Oregan Hoskins, president of the South African Rugby Union.

“He was a fixture in the Springbok team for more than a decade and will be fondly remembered by the older generation.”

Ellis was born in Brakpan but moved to South West Africa (what is now known as Namibia) as a child. He went to school in in the sheep and cattle farming town of Gobabis and, as a raw-boned, red-headed youngster, won selection for South West Africa and earned a place at Springbok trials having played at lock against the 1964 British & Irish Lions.

He earned his first cap on the Springbok tour of Australia and New Zealand in 1965, making his Test debut in the first of four Tests against New Zealand in Wellington at the age of 22. He was not to lose his starting place until his 34th year.
He was an obsessive trainer and his speed and fitness led him to score seven Test tries and a phenomenal 32 in the 74 appearances he made in all Springbok matches. He made his final appearance in a 16-7 win over the 1976 All Blacks in Durban, equalling Frik du Preez’s record of 38 Springbok Test appearances.

Ellis was shot in an armed robbery in Pretoria in December 2000, since when his health had suffered.

He is survived by his wife Heila, a son and daughter and five grandchildren – one of whose weddings he attended on Saturday.