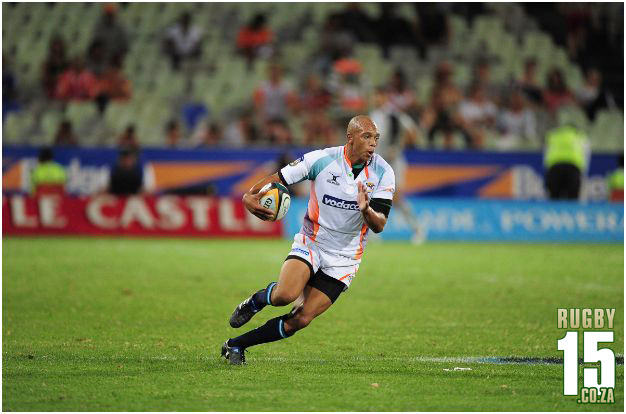 Powerful winger Lionel Mapoe has been included in the Springbok Sevens training squad who get together tomorrow morning in Cape Town in preparation for the first two 2010/11 HSBC Sevens World Series tournaments in Dubai and George.

Mapoe made his last appearance for the Springbok Sevens at the IRB Sevens World Cup in Dubai last year and then set the local scene alight with performances for the Vodacom Free State Cheetahs in the 2009 Absa Currie Cup competition.

Unfortunately, an ankle injury towards the end of last season, coupled with a contractual dispute, kept him out of action during much of the current season. Mapoe is now back to full fitness again and his contractual issues resolved after he recently signed for the Golden Lions Rugby Union.

Springbok Sevens coach Paul Treu returned to South Africa earlier today with his SA Viper squad, who lost in extra-time to the Penguins from New Zealand at the Singapore Cricket Club over the weekend, where the Vipers had won the tournament on three previous occasions.

Treu used the opportunity with the Vipers to give valuable playing time to Kyle Brown, Frankie Horne and Branco du Preez, who have all been sidelined for long periods of time because of injury.

“I am very happy that Lionel is able to join us. He has is quite eager to return to action and he is a great addition to the squad,” said Treu, who explained that Mapoe will be available for the Dubai and George tournaments only.

Another familiar face in the training squad is winger Howard Noble, who had a good season with the SWD Eagles in the Absa Currie Cup First Division.

The squad will report for duty at 10am on Wednesday at the Sports Science Institute of South Africa in Newlands for their customary medical and fitness check-up before returning to Stellenbosch to start with their on-field training.

The Springbok Sevens training squad is: