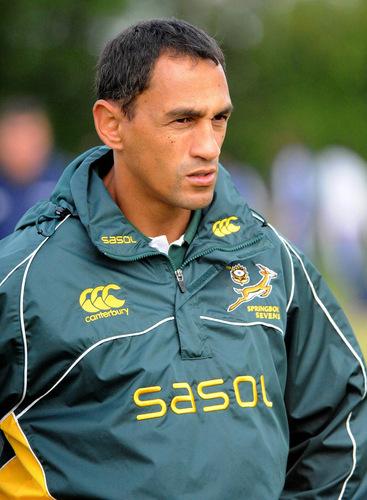 The Springbok Sevens will on Tuesday assess the extent of injuries suffered by three of its players during the Platinum International Sevens tournament in Rustenburg over the weekend, where it took the honours after beating Zimbabwe in the final.

Boom Prinsloo suffered concussion, MJ Mentz sustained an shoulder injury while Chris Dry has an fractured finger following the two days of action during the warm-up tournament at the Royal Bafokeng Stadium.

The squad returned to Cape Town earlier this morning and will have the rest of the day off, but all the players will assemble at their base camp in Stellenbosch tomorrow morning for medical testing.

The team took part in the Middelburg and Rustenburg warm-up tournaments in preparation for the upcoming Commonwealth Games in Delhi, India.

“We are already thin with our player resources after the injuries to Frankie Horne, Neil Powell, Kyle Brown and Branco du Preez. Injuries are part of the game and we will have to deal with the latest setbacks.

“Apart from the injuries, I was however very pleased with the performances of the youngsters and we will continue with our build-up for a couple of days this week in Stellenbosch before we leave for Dubai, where we will play a few warm-up matches against some of the local Arabian Gulf teams,” explained Treu.

The SA squad leaves for Delhi from Dubai on 8 October.