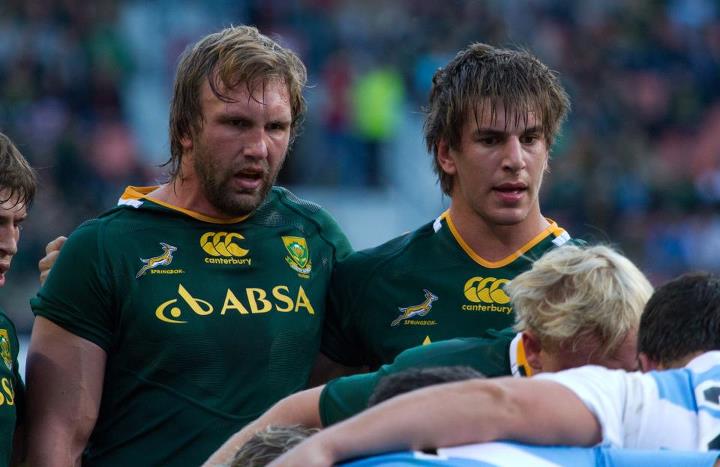 The Springboks arrived in Buenos Aires on Sunday afternoon in high spirits and will transfer to Mendoza on Monday morning, where they will face Argentina in the second Test of The Castle Rugby Championship this weekend.

Springbok captain Jean de Villiers said the team is looking forward to their rematch with Argentina in Mendoza after winning the first Test in Cape Town on Saturday by 27-6.

De Villiers is one of only two players that are left from the team that last played the Pumas in a Test in Argentina, in 2005, the other being Bryan Habana.

“The travel has been good, we got some sleep on the flight and we’re happy to be here in Argentina,” said De Villiers.

“We will review the first Test on Monday and see where we are injury wise and then start preparing for Saturday’s game.

“It will be the Pumas’ first game in this new competition at home, so they will be out to prove a point. We know it will be tough and they will be emotionally and mentally up for it, so we will be prepared for massive battle on Saturday.”