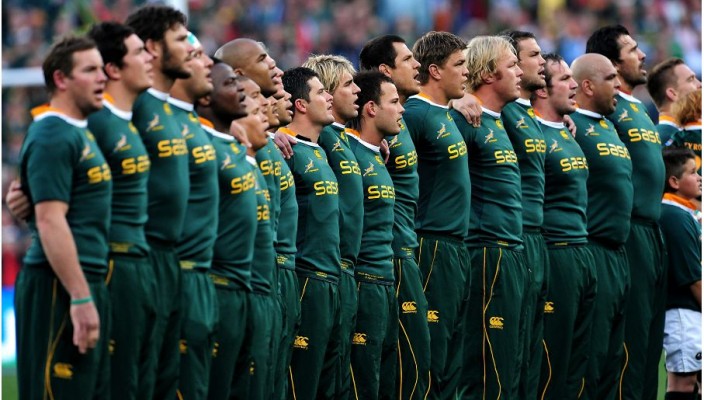 Springboks step up preparations in Argentina

The Springboks lifted the intensity in Buenos Aires on Tuesday for Saturday’s second Test in The Castle Lager Rugby Championship against Argentina in Mendoza.

The team was greeted by bright sunshine in the Argentine capital and the players enjoyed getting back on the training field at the San Isidro Club after a long journey from Johannesburg to Buenos Aires via Sao Paulo in Brazil on Sunday.

With no serious injury problems to report, the team lifted the intensity in preparations, with Lourens Adriaanse completing the squad of 26 players after joining them at their base in Buenos Aires on Monday evening.

The focus this week will be on further improvement and correcting the mistakes made in the 73-13 win over the Pumas at Soccer City. The Springboks also want to keep up their very good disciplinary record.

“I was very happy with our discipline – we conceded only four penalties against Argentina,” said Springbok coach Heyneke Meyer. “There has been a steady improvement on our on-field discipline in the June Tests and it’s something we’re really putting a lot of emphasis on.

“When you get a good win, you almost have to be more critical on your play and we learnt a lot from the match at Soccer City.

“We also wanted to be clinical, use our drive and tire them out before the replacements came on to make a massive impact. But we will keep our feet firmly on the ground. This Test is now something of the past and it’s the next game that counts.

“We want to play well away from home as well and make a step up on tour. As a team, we know we can improve a lot. Last year we got six log points from our two matches against Argentina and we need to improve on that.”

Commenting on the Pumas’ first and only try in the final minutes of the Test at Soccer City, Springbok assistant coach John McFarland said: “We really pride ourselves on our defensive record and it would’ve been ideal if we did not concede that final try.

“But we are steadily improving this season, in terms of our physicality, our play at the breakdown and to use our defence as a weapon and score tries from turnovers. I think that has been a real improvement this year – we have become quite good at scoring tries from turnovers.”