Springboks to return to happy hunting ground in Perth 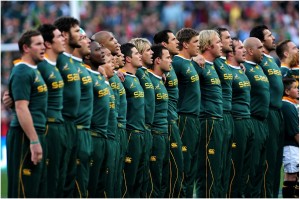 South Africans have won three from six at Perth

When the Springboks arrived in Perth for the first time, they boasted a strong record achieved over a century of top level rugby, while being the current World Champions, and while the Wallabies were on the cusp of entering arguably their greatest era, the men from the Republic were en route to snatching the 1998 Tri-Nations title.

Indeed that match in Perth came after the All Blacks had lost in Wellington (13-3 to SA) and Christchurch (27-23 to AUS), meaning that Sean Fitzpatrick’s men abdicated the Tri-Nations title that they had claimed in 1996 and 1997.

The close of the century would see all three SANZAR nations have their time at the summit of world rugby.

Nick Mallet’s Springboks were the first such visitors to play a full international Australian team in Western Australia, and at the time the coach had registered a flawless nine-from-nine start to his coaching resume.

Ominously for the Wallabies at the time was the fact that Carel du Plessis’ last match as coach – before Mallet took the reins – was a 61-22 win for the Springboks over their Australian visitors at Lotfus Verseld, their last meeting.

In Perth, Gary Teichmann’s Springboks scored a crucial 14-13 away win in the Republic’s first test match there, a victory that catapulted their drive to the 1998 Tri-Nations crown.

Twelve of the Australians starting XV that lost to the Springboks that day would remain incumbents through to the Wallabies 1999 Rugby World Cup win against France.

In 2001 Perth would host the Springboks for the second time, and despite captain Bobby Skinstad joining Butch James in the sinbin for ten minutes, the visitors would grab a 14-14 draw thanks to the boot of Braam van Straaten, whose three penalty goals matched those of Wallabies custodian Matt Burke.

Three years later the Wallabies would gain their first win against the Springboks in three tests in the Western Australian capital with a 30-26 victory, where the hosts had to overcome a one-point advantage to the South Africans at the halftime break.

George Gregan achieved that first win as an Australian home captain against Argentina in Perth, with the home outfit scoring four tries via their backline – with the Stephen Larkham, Chris Latham, Lote Tuqiri and Clyde Rathbone quadruple delighting the 42,000 plus crowd.

That 2004 loss still saw the Springboks claim a bonus point, which would be crucial as they captured that season’s Tri-Nations.

2005 saw the Springboks touch down again in the far west, and avenge their first loss in Perth thanks to a double from Bryan Habana, while the boot of league convert Matt Rogers could not prevent a loss despite his eleven point contribution in what was a 22-19 win for South Africa.

In 2008 a captain’s try by Stirling Mortlock gave the Wallabies a 16-9 vicotry, which to this day remains the only match the Springboks have not scored a five pointer in Perth.

The following year saw the continuation of a rough pattern where for the third time in six visits, the Springboks would look to secure Southern Hemisphere dominance with the Tri-Nations crown.

Three straight Wallaby losses, coupled with back-to-back triumphs over the All Blacks, meant that the South Africans were full of confidence, and again Habana showed his love of Perth, scoring a double as the Springboks won 32-25, claiming their first try scoring bonus point at the city.

The Springboks would that year win the Tri-Nations.

Hardly any survivors from their last meeting in Perth will suit up next weekend, with the Wallabies boasting only Adam Ashley-Cooper, Stephen Moore, Benn Robinson and Ben Alexander from that run on side (a young David Pocock, Quade Cooper and Will Genia played off the bench that day).