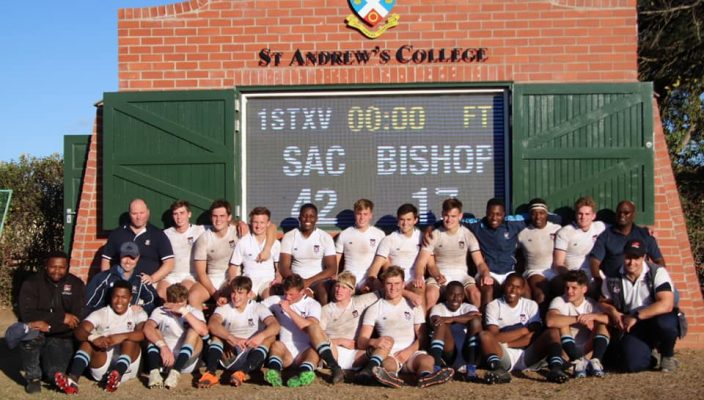 St Andrews College have had an excellent season this year. They have featured in the top 10 of most.

• The school only has 470 boys and still manages to put out 1st – 6th senior teams and A,B,Cs at junior level.

• Their 2nds and 4ths went unbeaten for the year, in fact from 1st XV – 5th they lost only 5 fixtures in the season.

An example of the development at College rugby is that this same team only won 4 games as a U14 team, taking 70 points from Grey and 87 points from Selborne.

“We are very proud of the season we have had, not only as a first team, but the whole club. There is a very strong rugby culture here at St Andrews, and being in a small town and majority boarders helps the brotherhood of the boys. We have an excellent rugby program here and the boys know our systems, structures and process. It is tough to keep up with the evolving and progressing SA schoolboy rugby market, but we feel that we give the boys the balance between a professional approach while maintaining traditional values and not relying on bought talent.” Andy Royle Director of Rugby and 1st XV coach.