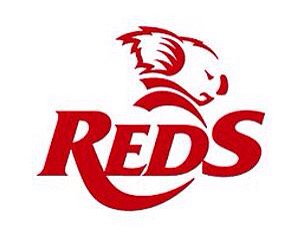 St.George Queensland Reds have locked in powerful winger Chris Kuridrani and emerging scrumhalf James Tuttle for the 2016 season and beyond.

Kuridrani has signed for a further two seasons, while Tuttle has committed for three years.

Kuridrani, the younger brother of Crusaders winger Nemani Nadolo and son of former Reds winger Isei Siganiyavi, was one of the star backs for Brisbane City in the inaugural season of the National Rugby Championship.
He has started for the Reds in six of his eight appearances this season, after making his Super Rugby debut in 2014 in the Reds’ final game of the season against the Waratahs.

He also starred for Brisbane City in the 2014 NRC, scoring six tries and starting in all of the side’s matches during its championship-winning season. Kuridrani said he was looking forward to continuing to develop over the next two years.

“I’ve enjoyed my last two years at Ballymore and am excited to continue playing in front of friends, family and fans at Suncorp Stadium for another two years,” Kuridrani said.

“If there’s a definition of loyal, it’s the Reds fans, who show up every home game rain or shine and always make it an amazing and thrilling atmosphere to play in.

“I’m keen to build on what I achieved this year and keep backing myself with my ball carries and my tackling because that’s when I play my best footy.”

Tuttle is a versatile young back, capable of playing both scrumhalf and flyhalf. He too has come through the Queensland development system, having previously represented Queensland Schoolboys and the Reds Under 20s.

He played in all eight of Queensland Country’s NRC matches last year, featuring predominantly at scrumhalf, but was also the first-choice flyhalf for GPS for much of the Queensland Premier Grade season last year.

Tuttle is currently part of the Reds Elite Development Squad and was this week named in the Australian Under-20s squad for next month’s World Rugby Under-20 Championship in Italy.

“It’s been great coming through the pathways of Schoolboys footy and the Reds Under 20s and I’m pretty excited to continue here moving forward,” Tuttle said.

“The NRC was a great help to me and a lot of the other younger blokes looking to further our careers. To train full time with the Reds squad this year was a major step up for me and it has been really enjoyable. Physically and mentally I feel like my development has really progressed over the last year, as well as gaining a better understanding of how hard you have to work in the professional environment.

“A lot of guys I came through the development pathways with have committed to Queensland Rugby and we’re all really looking forward to this next phase of the Reds.”

Reds head coach Richard Graham said: “Chris (Kuridrani) has had a good first season at this level. He is a big, physical guy and the game demands a number of those types of bodies. He is continuing to work hard on all aspects of his game and we see him as a big part of the Reds game moving forward.

“After an early set back with a broken jaw, James (Tuttle) has been really impressive around the squad. I was pleased to see the Australian Under-20 selectors show faith in him after missing the trials. His competitive and footballing instinct are a standout and I see him being a genuine contender of the Number 9 jersey long term.”