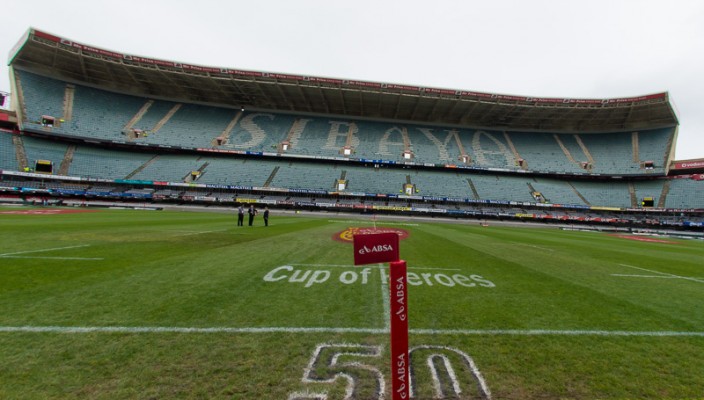 Hollywoodbets has enhanced its affiliation with KZN Rugby by becoming the naming rights sponsor of Kings Park Stadium for the next three years. The two proudly KZN brands first partnered with an associate sponsorship of The Sharks, and following from this successful association, the popular sports betting operator has now extended the partnership. As of the 1st of January 2022, the Durban landmark will be officially known as the Hollywoodbets Kings Park.

Home to The Sharks Rugby team, and fondly known as “The Shark Tank”, the stadium can hold up to 52 000 people and has played host to some of the greatest sporting and entertainment events. Fans will remember the epic showdown between the Springboks and France in the 1995 Rugby World Cup semi-final, as well as the 1st test victory over the British and Irish Lions in 2009. World-class acts have also performed at this iconic stadium, including the King of Pop, Michael Jackson, Tina Turner and Whitney Houston.

“The renaming of Kings Park Stadium marks a new and exciting chapter in our stadium’s already decorated history”, stated The Sharks CEO, Dr Eduard Coetzee. Our association with the Hollywoodbets brand has grown tremendously in a relatively short space of time and this latest partnership development is indicative of the strength and success of this relationship.”

“Both our brands have a shared vision of excellence and success and are aligned in our forward-thinking approach and dedication to creating value for our fans and making a matchday experience at Hollywoodbets Kings Park a memorable one.”

“I take this opportunity to thank Team Hollywoodbets for their further investment in The Sharks brand and for their commitment in joining us on this journey of taking our respective brands to the world.”

Devin Heffer, Hollywoodbets Brand and Communications Manager said, “We have developed a great working relationship with The Sharks and are thrilled to be taking it to the next level. This partnership has been aligned around offering more value to the fans and enhancing the in-stadium experience. It’s a great honour to have our purple brand linked to this well-established stadium, where the likes of the Springboks, The Sharks, AmaZulu Football Club and the KZN community come together to provide world-class sporting action and entertainment. This sponsorship will provide our brand with further exposure in global markets and aid our pursuit of growing Hollywoodbets internationally. We can’t wait to welcome the fans back to the Shark Tank in 2022!”