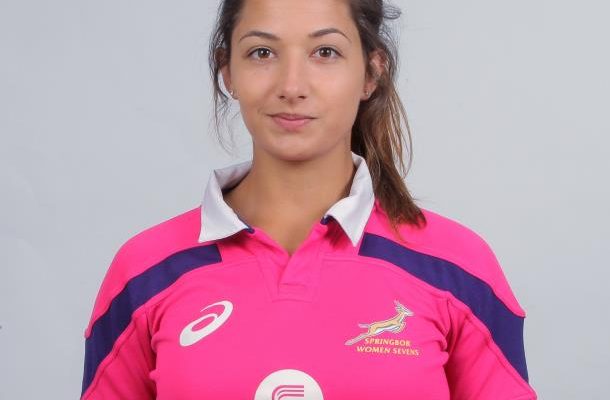 Stadler thrilled to return to the field

Feb 2 • General News, Sevens Rugby • 722 Views • No Comments on Stadler thrilled to return to the field

After nine months on the sideline following knee surgery, Springbok Women’s Sevens player Chané Stadler is embracing every moment of being back on the field and hopes to push for selection for the team’s upcoming tournaments in Vancouver and Hong Kong.

Stadler tore the anterior cruciate ligament in her right knee at the Las Vegas Invitational in March last year, but after a frustrating nine months on the sideline, she is back at training and ready to pick up where she left off.

“It is fantastic to be back on the field and to train fully with the team,” said Stadler. “It was frustrating watching my teammates from the sideline over the last few months, so it is great to be back in action and to train with them again.

“One of the hardest things of sitting out during my rehabilitation was that I was not able to participate in the World Rugby Women’s Sevens Series in Dubai in December. I played my first match for the SA Select Women in Dubai two seasons ago, and it has been one of my dreams since to play an official World Series event there.

“The important thing, for now, is to try to make my mark in the squad again and hopefully strike top form to stake a claim for a place in the Vancouver Rugby Festival and the World Rugby Women’s Sevens Series Qualifier in Hong Kong.”

The Vancouver tournament will be played on 9 and 10 March, while the World Series Qualifier will take place on 6 and 7 April.

Stadler said the team has been put through their paces preparing for the tournaments since assembling in camp in January, and that they are determined to work their way back to the World Series.

“Everything we are doing is geared towards delivering the best possible performances in Vancouver and Hong Kong so that we can earn a spot as one of the core teams on the World Series circuit,” said Stadler.

“We worked hard on our conditioning in the first few weeks of January, and we have moved on to skills now, so our preparation is going well.

“We know that we have no choice but to win the Hong Kong Qualifier in order to play in the World Series, and as a team, we are aware of what that will take and we plan to give everything in the hope of achieving it.”