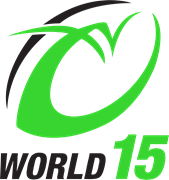 Renowned coach and rugby mastermind, Robbie Deans, will guide a powerful World XV side including three Word Cup winners and 10 National Team representatives from across the globe in Rapid Rugby’s 2019 Showcase opener against the Western Force in Perth on Friday, 22 March.

Ellis, who will captain the World XV, and Flynn were part of New Zealand’s title winning squad of 2011.

Crockett, who is the only man in Super Rugby history to have played in excess of 200 games in the competition, featured in the All Blacks’ 2015 Rugby World Cup success.

Conquerors of the Japanese national side in three of the last four years, the World XV, which is run by Steve Berrick, the promoter behind the famed (UK) Barbarians rugby club, is selected along the same lines as the Baabaas, with players from all over the world invited to play.

The concept is to bring together a combination of promising up-and-comers alongside established stars and veteran internationals.

The squad named is fit for purpose. Representatives from six nations have been gathered within World XV ranks, with Australia, New Zealand, Japan, Argentina, South Africa and Tonga each represented.

With the match to be played in Perth, locals will no doubt be keen to reacquaint themselves with Cummins who built a cult following at the Force on the back of his on-field flair and off-field colloquialisms during 8 seasons in the west.

By the time he concluded his career in Australia at the end of the 2015 Super Rugby season, the popular winger had appeared on 87 times in the ocean blue jersey, while also representing his country on 15 occasions.

Also returning to WA is Ioane who featured in the Western Force’s debut outing against the Brumbies at Subiaco in 2006. The Wellington-born winger played for the Force on 20 occasions, from the 26 matches possible during the team’s opening two seasons, before returning east when he joined the Queensland Reds at the end of the 2007 campaign.

He went on to play 35 Tests for Australia, most under the guidance of former Wallaby boss Deans, who also introduced Cummins to Test ranks in 2012.

It’s not the first time Ioane has suited up for the World XV having been a member of the squad which downed Japan 47-27 at Fukuoka in 2017 while he was based with the Panasonic club.

Ioane went on to appear on 66 occasions for the Reds, over six years, before concluding his Super Rugby career with a season based in Christchurch playing for the Crusaders, which was split either side by stints in Japan, and a season with the glamour French club, Parisian outfit Stade Francais.

Although injury restricted Ioane to just three matches during his year at the Crusaders in 2017, one of those was against the Force in Christchurch, where he scored his final try in Super Rugby.

While denied of the chance to raise 100 appearances in the competition during his final season, finishing with 89, Ioane shared in two title-winning campaigns, with the Reds in 2011, and then as a member of the Crusaders squad six years later.

South African fullback Gio Aplon, who has appeared for the Springboks on 17 occasions, and the 50-Test Argentinian loose forward Leonardo Senatore also lend their considerable experience to the World XV cause, while Japanese first-five-eighths Kosei Ono is a player the Force will have to keep a close eye on.

Ono filled the same role during his country’s historic 34-32 win over South Africa that set the 2015 Rugby World Cup alight.

Fellow Japanese, winger Yoshikazu Fujita, was also a part of that squad, although he did not appear until later in the tournament.

Fujita has made a big impression playing for the World XV before, scoring twice against his countrymen during the invitation team’s win in Fukuoka two years ago.

As well as the two international wingers, Australia has supplied the young forwards Tom Moloney, Jack Cornelsen and Michael Oakman-Hunt, and midfield back Dylan Riley.

Cornelsen, who plies his trade in Japan, is the son of former Wallaby Greg Cornelsen, who famously scored four tries for Australia in a Bledisloe Cup Test during the stunning 30-16 win against New Zealand at Auckland’s Eden Park in 1978.

Another player to watch out for is the enterprising halfback Leon Fukofuka, who made his Test debut for Tonga in November after having been an influential figure in Auckland’s run to New Zealand’s national provincial rugby championship title last year.

Young Kiwi forwards Hugh Renton and Hamish Dalzell return to WA to play under the innovate laws of Rapid Rugby for a second time having appeared for the Crusaders in last year’s World Series Rugby match in Perth.

Although the players have flown in from different parts of the world, have never played as a combination before, will have just four days together before the game and most have never experienced the rule variations that are in play for Rapid Rugby, Deans says none of those barriers are insurmountable and promises the World XV will be ready.

“We have achieved wins off similar time frames, in terms of preparation, against the Japanese Test side, and the players we have selected for this game won’t lack for motivation,” Deans says.

“In a few short years, this team [the World XV] has built up an outstanding history, to the extent that many who have played, have said afterwards that the experience ranked up there with the most enjoyable of their careers.

“There couldn’t be a more appropriate opponent for the Force to open the Showcase Series against. The week we have together in Perth will be a special opportunity for our players to embrace the Rapid Rugby concept, express themselves on the field and, most importantly, enjoy the experience, which is ultimately what the game is all about.

“I’m sure they will make the most of it.”