The Springboks vs The Wallabies 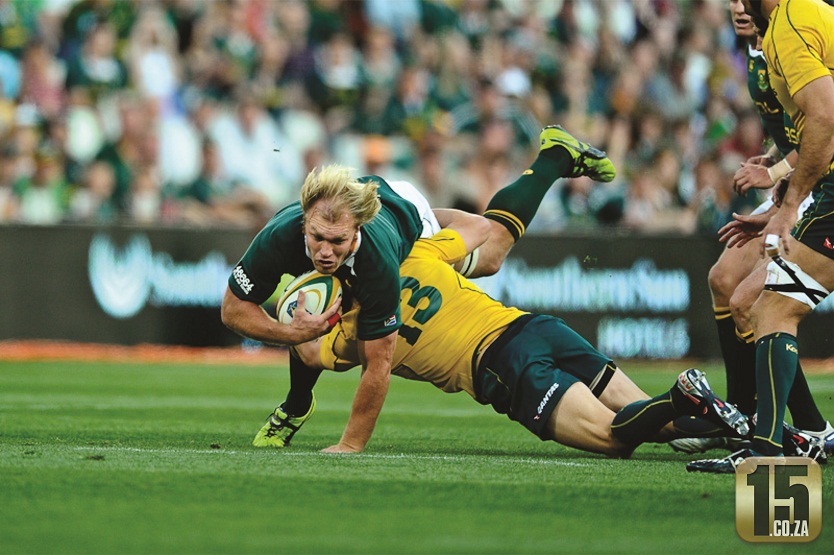 Below is a statistical preview of the Rugby World Cup quarterfinal match between South Africa and Australia in Wellington on Sunday.

South Africa’s first match in a RWC tournament was against Australia in the opening match of the 1995 tournament held in South Africa. The match was played at Newlands, Cape Town and was won by the Springboks 27-18. At the end of that tournament, South Africa were crowned Champions.

Four years later, the two sides met again in the 1999 RWC tournament. This time it was in the semifinal at Twickenham, London. On this occasion, Australia triumphed after extra time, 27-21, and they went on to reclaim the William Webb Ellis trophy. They became the first team to win the Rugby World Cup twice.

In 2007 South Africa became the second team to be crowned RWC Champions for a second time. On Sunday these two teams will meet for a third time in RWC history, this time for a place in the Semi-final.

Peter de Villiers made his International Coaching debut in June 2008 against Wales in Bloemfontein. His match record is as follows: 47 test matches of which 30 were won with 17 losses for a win percentage of 63.8%.

Robbie Deans is a former All Black who played in five test matches for New Zealand. Following a  successful career with the Canterbury Crusaders (under his guidance the Crusaders played in seven Super Rugby Finals of which his team won five), he was appointed as Head Coach of the Australian Wallabies in 2008. He made his International Coaching debut in June 2008 against Ireland in Melbourne. His match record since then is: 52 test matches of which 30 were won, 21 lost with one drawn for a win percentage of 57.7%.

South Africa have played seven Tests at the venue: Five were lost – all against the All Blacks – while two have been won during this tournament, against Wales and Fiji.

Bryce Lawrence of New Zealand made his Test debut in 2008 in a Tri-Nations test between Australia and South Africa. The test was played in Perth and was won by Australia 16-9.

Sunday’s match will be his 20th Test appearance and his seventh involving the Springboks. Of the previous six tests South Africa won 4 and lost two. Both losses were against Australia, the most recent, earlier this year in Durban when the Springboks lost 14-9.