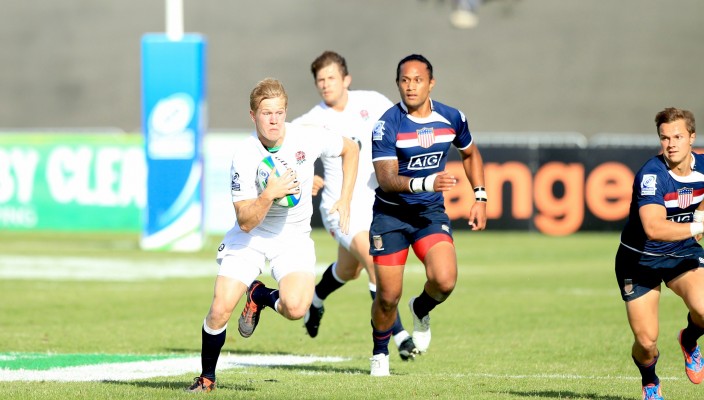 Some interesting statistics on past semi-finals at the IRB Junior World Championship to whet your appetite for the 2013 battles on Tuesday.

*New Zealand are the only team never to have lost a JWC semi-final. By contrast Wales, France and Argentina have never reached the title decider.

* A total of 446 points have been scored in the 10 JWC semi-finals to date, which averages out to 44.6 points per last four encounter.

* The most points scored in a single semi-final is 61 back in 2009 when England beat South Africa 40-21 at the Prince Chichibu Memorial Stadium in Tokyo.

* The fewest points scored in a single semi-final is 36 last year when New Zealand beat Wales 30-6 to avenge their first ever loss on the JWC stage in the pool stages.

* The fastest try scored in a JWC semi-final was by England wing Christian Wade after just three minutes of the 2011 last four encounter with France in Treviso. England went on to win 33-18.

* Twenty-six is the fewest points scored by a winning semi-finalist – by England in overcoming South Africa in 2008.

* Forty points is the most points scored by a winning semi-finalist – by England in ending the Junior Springboks’ hopes at the same stage in 2009.

* A total of 50 tries have been scored across the 10 JWC semi-finals to date. Thirty-two of these have been turned into seven pointers.

* The first player to score any points in a JWC semi-final was Leigh Halfpenny, who kicked a sixth-minute penalty in Wales’ 30-6 loss to New Zealand at the inaugural tournament in 2008.

* The longest wait for a try in a semi-final is 38 minutes, the point at which Jimmy Tupou crashed over for New Zealand in their win over Wales in 2012.

* The side scoring the most tries in every semi-final to date has been the winning side.

* Only three times has the team scoring first not gone on to win the semi-final – Wales in 2008 and 2012 and Australia in 2011. The side they were facing each time was New Zealand.

* The most penalties kicked in a semi-final is seven in England’s victory over South Africa in 2009, the fewest is two in that year’s other encounter between New Zealand and Australia.

* No drop goals have been slotted between the posts in a semi-final to date.

* Only one red card has been issued in a JWC semi-final to date with South Africa’s Rynhardt Elstadt the man sent off in their 2009 loss to England.