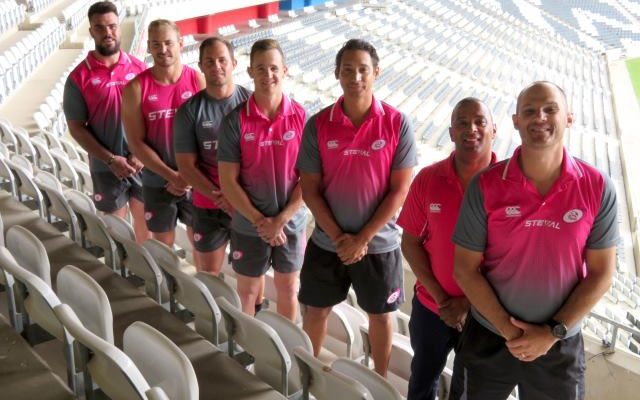 With a hand-picked selection of players and support, the Steval Pumas have been quietly busy bolstering their ranks as they get into the full swing of this 2017 season.

Chief among these must be the addition of Lance Salter, a 32-year-old Performance Analyst from the Eastern Cape.
Lance obtained a Bachelor’s Degree in Media, Communication and Culture from Nelson Mandela Metropolitan University and served as a Performance Analyst at the same institution, before joining the Eastern Province Kings as a Technical Coordinator in 2015.
His passion for rugby, and getting to know new people and cultures is sure to stand him in good stead in his new position as Head of Performance Analysis with the Steval Pumas.

Joining Lance on the technical side will be the new Head of Strength and Conditioning, Louis Janse van Rensburg.
Louis obtained his Honours Degree in Sports Science at Potchefstroom. He started working with NWU-Pukke while doing his Honours in Psychology through UNISA. Starting with the u/19 team, he worked his way up, eventually working with the Varsity Cup winning team in 2016. He also worked with the Leopards Rugby Union, including the senior team which contested the 2016 Currie Cup final.

On the player-side the following guys will be joining the squad:

The team is also very excited about the addition of a number of star players who are currently playing Super Rugby and will be joining the Steval Pumas for the Premier Currie Cup. These are Thembelani Bholi, Stefan Ungerer, Neil Maritz and Cameron Lindsay.

Janse van Rensburg welcomed the newcomers and said they have thankfully been successful in sourcing skilful staff with sound character and he believes they will add great value to the Steval Pumas brand.

“It gives me great pleasure to welcome our new staff and players to the Pumas family. A few players have arrived already and find themselves in a top-up phase currently within our structures whilst the balance is due to arrive after their Super Rugby duties have been completed. Our depth has been tested of late and our procurement plan is essential to provide depth, increase competition within our squad and ensure the presence of varying skill sets that can be put to use where required.”

The Steval Pumas would like to extend a hearty Mpumalanga welcome to all the new additions to the squad.