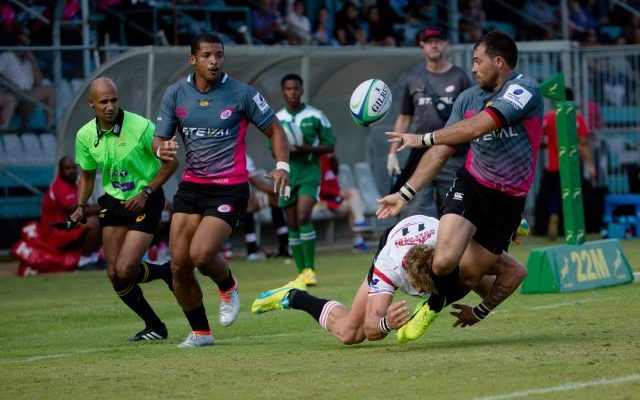 Steval Pumas eager to take on Namibia this weekend

The Steval Pumas will be eager to live up to their true potential when they face the Windhoek Draught Welwitschias on Sunday, as the two sides go head-to-head at the Bill Jardine Stadium in Johannesburg.

The Mpumalanga side has had a solid start to the SuperSport Challenge, beating the Vodacom Blue Bulls in the first round of the competition before putting up a determined fight against the Xerox Golden Lions in the 40-29 loss in Nelspruit last weekend.

According to Steval Pumas coach Brent Janse van Rensburg, the Lions game showed that line-speed and width on defence, continue to be areas of emphasis. Janse van Rensburg explained that there are three main aspects which the team will focus on for the upcoming game: discipline, keeping possession, winning set-piece.

“We cannot give away soft penalties and we need to make good decisions at the breakdown. We must win our set-piece ball, hold on to the ball and protect it. I would like to see the soft moments in defence of last week eradicated this week. We gave away a couple of really soft tries. There were a fair amount of individual errors in the previous match and we need to be more precise in our execution,” said Janse van Rensburg.

With regards to the Namibians, coach Janse van Rensburg said that the Steval Pumas should be wary of leaving breadcrumbs for the opposition to feed off.

There have been no major changes to the team this week, apart from the exclusion of loose forward Reuben Johannes, who is out for six months with a shoulder injury.

Janse van Rensburg said the team is feeling confident for the weekend’s match.

“It’s all about us playing to our full potential and improving every week. For that to happen we need to be mentally and physically in the game and invest ourselves wholeheartedly into this match. We need to give Namibia enough respect. It’s really important for us to be accurate this week,” he said.

This weekend Jannie Stander and Kwezi Mona’s join the squad in their first SuperSport Rugby Challenge 2017 match and Johann Grundling will make his debut as a reserve in official Steval Pumas squad of 22. Brian Shabangu replaces the injured Reuben Johannes in starting 15 and Hennie Skorbinski will once again be captain of the team.

The match against the Welwitschias kicks off at 13h00. This game will be televised on channel 201. You can also get live score updates on the Steval Pumas Facebook page & Twitter feed.