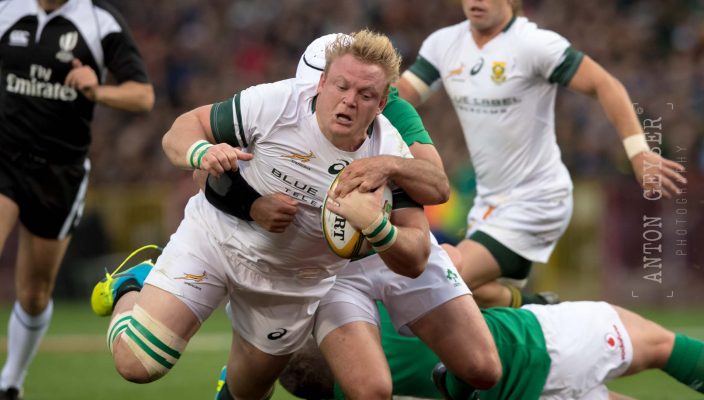 Strauss back for Vodacom Bulls

Vodacom Bulls coach Nollis Marais named Adriaan Strauss as captain of his team to play the Sunwolves at Loftus Versfeld on Saturday.

Strauss was rested in last weekend’s Vodacom Super Rugby match against the Jaguares in Buenos Aires, but is back to lead the team in what has become a must-win match for the home side if they are to keep alive an outside chance into the competition play-offs.

The return of Strauss, in place of Bandise Maku, comes in an overhaul of the front row from the team that delivered a disappointing result in Argentina.

The inclusion of Werner Kruger will see the last appearance at Loftus Versfeld of the stalwart, who played 118 times for the Vodacom Bulls.

The loose trio combination is also new. Renaldo Bothma starts at no8, with Jannes Kirsten and Lappies Labuschagne the flankers.

In the backs, Jesse Kriel starts at fullback, with Dries Swanepoel pairing up with Burger Odendaal in the midfield. Piet van Zyl also returns to the scrumhalf starting berth.

On the bench, Nqoba Mxoli will make his Vodacom Bulls and Super Rugby debut if he takes to the field.

“We all know the deal,” Marais said.

“We have to win and win well if we want to have any chance. And even then it could not be enough. So we owe it to ourselves and our fans to give it our best and deliver a performance they and we can be proud of,” said Marais.

Strauss warned against the Sunwolves.

“They have shown that they play 80 minutes and we had to dig deep last time when we played them away. That said, we owe our fans at home something positive. The season did not always smile upon us, but we are still in the race and that is the focus for the weekend.”