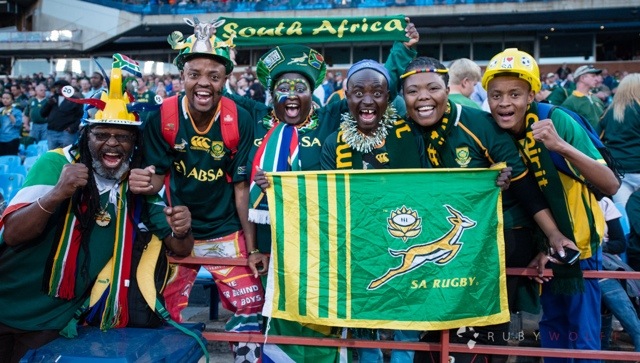 The Springbok Sevens team defended stoutly and attacked with zest in the opening match of their pool B Rugby World Cup Sevens opener against Russia, beating the hosts 31-0 at Luzhniki Stadium on Friday.

The South African side had a 19-0 lead at the break and showed good skills in defence early on, as Russia came out firing with the home crowd support behind them.

A great run by Stephan Dippenaar opened up Russia’s defence though and after Cornal Hendricks and Branco du Preez used their power and pace to get behind the whitewash, it became clear at the break that there would only be one winner.

Coach Paul Treu cleared his bench early on in the second half to give all his players a run, with Seabelo Senatla showing his gratitude by scoring twice in quick succession.

This was exactly the start he wanted for the squad, who had never played together before today, Treu said.

“Russia really tested us in the first half with their scrums and we had to tackle hard. They are big, physical players and we worked very hard on defence, something I am pretty pleased about. In the second half, the pace of the bench was there for all to see.”

Treu was happy to see the back of the Russians, but admit that Japan and Scotland will pose different challenges to the Springbok Sevens team.

“They have their own strengths, but we will be looking to keep on building our own game to make sure we are where we need to be come Sunday. For now it will be the two matches tomorrow that we will be focussing on.”

Springbok Sevens captain, Kyle Brown, was equally pleased, not only with his first international match in almost ten months, but also the way his team responded to the challenge.

“We did well out there. It is good to know that the bench are as strong as the starting unit, it gives us a lot of options and confidence for the rest of the tournament,” Brown said.

The Springbok Sevens team play Japan at 10h40 and Scotland at 17h16 (SA time) on Saturday.