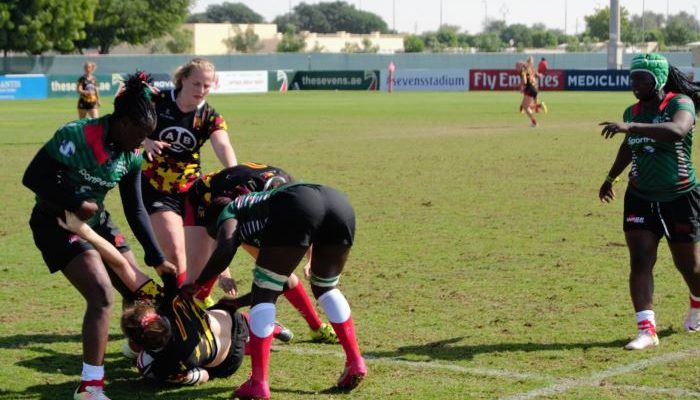 Kevin Wambua’s charges were left playing catch up in this fixture, finding themselves 12-0 down inside the opening three minutes.

They would breach the Belgian try line, Janet Okello landing the opening try but Janet Owino inexplicably missed the centre post conversion. Celestine Masinde would soon add a second try, Owino tying the score with a conversion on the stroke of half-time.

The second half was barren and error-strewn despite the Lionesses putting Belgium on the ropes. They were left rueing their missed chances when the Belgians, in a rare spell of possession midway through the first half of extra, capitalised on indecisive defending from Kenya to score and book a berth in the final against Samurai.